Apple has finalized a list of locations for its first retail store in India, according to sources who spoke to Bloomberg. 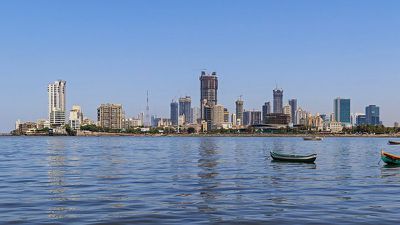 The vetted locations are said to include several upscale sites in Mumbai that are comparable to iconic Apple stores on Fifth Avenue in New York, Regent Street in London, or the Champs-Elysees in Paris. A final decision on the plans is expected to come "in the next few weeks," said Bloomberg's sources.

In the Indian market, Apple ranks 11th and accounts for just one percent of India's phone sales, selling fewer than one million iPhones during the first half of 2018. Comparatively, rival smartphone maker Xiaomi sold "more than 19 million" during that period, according to data gathered by Counterpoint Research.

In an effort to revamp the company's presence in India, Apple CEO Tim Cook is believed to be working behind-the-scenes to "remold Apple's failing India strategy," according to both current and former Apple employees who spoke to Bloomberg.

This strategy includes better and longer-lasting retail deals with higher sales targets, the opening of official Apple retail stores in India, "overhauling" the company's relationship with independent retailers, and improving apps and services "aimed more closely at Indians." For retail, the official Apple stores are said to open in 2019 and will eventually include locations in New Delhi, Bengaluru, and Mumbai.

While the Indian government's rules for foreign companies opening shops have previously prevented Apple from launching local stores, the company now builds some of its iPhone SE and iPhone 6s models in India, which is believed to help it meet India's rule requiring these companies to manufacture 30 percent of their products locally.

Defthand
If Apple can't manage the chaos in its U.S. stores, imagine what it will be like in an Indian one.
Score: 6 Votes (Like | Disagree)

pratikindia
Good. Apple should open online store too in India as people would love to buy directly from Apple.
Score: 4 Votes (Like | Disagree)

Hey Apple— Keep building the iPhone SE in India, and design a new SE while you’re at it.

Agreed. I think that’s what Apple is doing.

We’ll see:
Online store presence,
Brick and mortar store being built will take months if not a year or more,
Contractural agreements for $200 (local rupees or currency),
Apple Books most likely should get lots of local content (if not already it’s a HUGE oversite),
iTunesU India would be a huge boost for locals trusting or believing in the brand more than just pushing into their country like every other greedy American company (I’m presuming this is the general perception of Apple for its exorbitant pricing model). I really hope this works out for Apple but it’ll be a while before we see decent tangible returns in the investment.
Score: 3 Votes (Like | Disagree)

AxiomaticRubric
Hey Apple— Keep building the iPhone SE in India, and design a new SE while you’re at it.
Score: 2 Votes (Like | Disagree)
Read All Comments