Earlier this week, Apple announced plans to debut an updated TV app in May, and as of today, that revamped app is available on the iPhone, iPad, and Apple TV in a beta capacity.

The new betas of iOS 12.3 and tvOS 12.3 both include the new TV app. The TV app is an updated version of the original TV app, housing movies, sports, news, and more all in one easy-to-access spot. 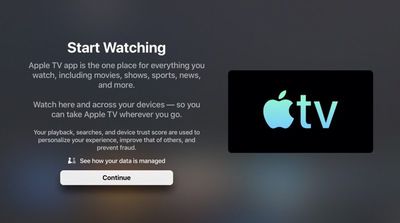 Apple still has the "Watch Now" feature for keeping track of what you're watching, which is offered alongside a new machine learning-based "For You" feature that offers recommended TV shows and movies based on what you like to watch.

The TV app also has a new feature called Channels, which are subscription services that you can sign up for and watch all in the TV app without having to open another app. Some of the new Channels include CBS All Access, Starz, Showtime, HBO, Nickelodeon, Mubi, The History Channel Vault, and Comedy Central Now. During the beta, users can subscribe to Showtime, Starz, Smithsonian, and Tastemade.

In the future, the TV app will house Apple TV+, Apple's new streaming service that will feature all of its original TV shows and movies.

Sethal
The biggest issue is no multiuser experience. TV Apps up next feature is great, but when many different people use the same Apple TV is gets cluttered, unorganized, straight up wrong recommendations if my wife watches an episode before I do, and just plain useless.
Score: 25 Votes (Like | Disagree)

itsmilo
Still boggles my mind that you need to update an OS to update an App on iOS
Score: 8 Votes (Like | Disagree)

Heck, I’m in the US and I still don’t really care—and I’m probably not alone.
Score: 7 Votes (Like | Disagree)

mcfrazieriv
So THIS was the real purpose of the new Apple TV app... to make Carpool Karaoke front and center
Score: 6 Votes (Like | Disagree)

I wouldn't hold my breath - they have deliberately ignored local iTunes content for years. Probably my biggest disappointment with the AppleTV experience.....

The “computers” app has gotten much better. Wasn’t even searchable when they first released this version of Apple TV. Works pretty well with my collection, which is pretty huge. Even smart playlists work again.
Score: 5 Votes (Like | Disagree)
Read All Comments