Intel has been searching for a new CEO since Brian Krzanich resigned nearly seven months ago, and Axios now reports that the chipmaker's list of candidates includes Johny Srouji, Senior Vice President of Hardware Technologies at Apple. 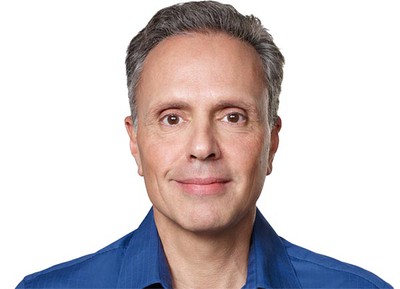 Srouji joined Apple in 2008 to lead development of the A4 chip, the first Apple-designed system-on-a-chip in the iPhone 4, and now oversees custom silicon and hardware technologies including batteries, application processors, storage controllers, sensors silicon, and other chipsets across Apple's entire product line.

It's unclear if Srouji is interested in leading Intel, where he worked between 1990 and 2005 in both his native Israel and the United States, according to his LinkedIn profile. Srouji also worked at IBM between 2005 and 2008.

Apple's custom A-series chips lead the mobile industry in terms of performance, so losing Srouji would certainly be a major blow for the iPhone maker, although the company obviously has a larger team of engineers working on the silicon. Back in 2017, Srouji said his team was already working on chips for 2020.

Apple is rumored to use an Intel wireless chip in its first 5G-capable iPhone in 2020.

what a creepy corporate photo

Although you trust him to design the chips that hold your most sensitive information such as bank details etc.
Score: 37 Votes (Like | Disagree)

asdavis10
If he leaves, then you know Apple's ARM in Mac plans have fallen through. If he stays, Intel may need to be worried.
Score: 18 Votes (Like | Disagree)

If he leaves Apple, it's a sign for me that Apple lost focus.

Not at all. The chance to leave a position as "Senior Vice President" to take a job as CEO is one that a lot of people would take. Regardless of whether he stays or goes, I don't think you can read too much into the health of Apple as a whole.
Score: 12 Votes (Like | Disagree)

thadoggfather
what a creepy corporate photo

wouldnt trust this guy to look after my laptop while i go to the bathroom at a coffee shop
Score: 9 Votes (Like | Disagree)

Tesla should be a better choice.

Yeah, since that job is open and Tesla is just drowning in profits.
[doublepost=1547574742][/doublepost]

Yeah, that Apple...what a sinking company. Only 3X as much profit as the #2 most profitable company in the world.

BigBoy2018
If his moving to intel makes it more likely that Macs would stay on intel chips rather than ARM, I'm all for it.
Score: 6 Votes (Like | Disagree)
Read All Comments

Thursday July 22, 2021 3:22 pm PDT by Juli Clover
iDOS 2, an app designed to allow users to play classic DOS games, will soon be pulled from the App Store, the app's creator said today. According to iDOS developer Chaoji Li, he tried to submit an iDOS update with bug fixes to the App Store, but was told that the update was rejected because it violated the 2.5.2 App Store guideline that says apps cannot install or launch executable code.Durin...
Read Full Article • 244 comments