Over the years, Apple has included its products in well-known television shows and movies as a way to spread awareness and promote recent launches of its iPhones, iPads, and more. Variety today reported that the company is appearing to increase the presence of these promotional campaigns, with some TV shows including direct connections to the Cupertino company in the closing credits.

Fox's cop drama 9-1-1 includes multiple instances of Apple's iPhone as the main smartphone for its characters, and each episode ends with a "promotional consideration sponsored by Apple" message. According to the report, Apple has recently moved from simple "surprising cameos" to taking directly credited roles in popular TV shows as it does in 9-1-1. 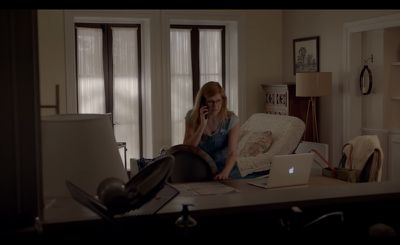 Image from 9-1-1 via YouTube
Ad agency the Omnicom Group -- which buys ad time for Apple -- denied having anything to do with purchasing the 9-1-1 appearances. Although Apple and Fox declined to officially comment, marketing professor P.K. Kannan noted that amid the growing prices of Apple products, placing iPhones and MacBooks in the hands of celebrities could garner more attention than a regular TV ad. It usually takes a little while before Apple's latest phones appear regularly in TV shows, and 9-1-1 appears to still be using pre-iPhone X devices.


“They need to sell their increasingly more expensive smartphones to keep their revenues flowing in,” notes P.K. Kannan, a marketing professor at the University of Maryland’s Robert H. Smith School of Business. “Producers and marketers of hardware have a tough problem when they release new models – convincing the customers of their older models to upgrade to the new versions.”

Getting a new iPhone “in the hands of a cool celebrity in a movie or music video or TV program is more likely to garner attention and interest rather than a straight and persuasive TV advertisement,” says Kannan. “If done right, product placements can lead to more viral campaigns than other forms of ads. Apple is probably counting on this.”

The in-show placements aren’t necessarily free – supplying product costs something – but they are substantially cheaper than traditional TV commercials. And that frees Apple up to spend heavily in more obvious ways. Among 2016 and 2017 TV programs, Apple spent the most on NBC’s “Sunday Night Football,” according to Kantar Media, a tracker of ad spending. Last season, the average cost of a 30-second ad in that show was $728,434, according to Variety’s annual survey of primetime ad prices.

A few days before the original iPad launched in April 2010, an episode of ABC's Modern Family revolved around lead character Phil Dunphy's quest to find one of the new tablets on launch day. Five years later, the sitcom set an entire episode on the screen of Claire Dunphy's MacBook and was shot using an iPhone 6 and iPad Air 2. Neither instance included the promotional disclosure message that has appeared on 9-1-1, and Apple "didn't pay a cent" for its devices' integral parts in each story.

Although one HBO spokesperson explained that "products in shows are creative decisions, not product placements," Variety said that for many professionals in advertising and production circles, these decisions are still "aimed at selling tech." In an interesting aside, a person close to the production of Showtime's Homeland pointed out that the show tries to keep its main characters supplied with smartphones from Apple, Google, Blackberry, and Samsung, while preventing these same phones from appearing "in the hands of evil figures."

Apple is also planning to launch its own slate of original TV programs, where users can likely expect to see characters using many of the company's own products. Although the debut of the service is still uncertain, we're now up to about 12 shows confirmed to eventually launch on the streaming platform. These include shows from M. Night Shyamalan, Damien Chazelle, Steven Spielberg, and more.

bitfactory
I still can't believe they got rid of the glowing apple on their MacBooks - it's an iconic visual identifier in shows, etc...

The decision isn't as dumb as getting rid of MagSafe, but it's up there.
Score: 33 Votes (Like | Disagree)

mtneer
Its interesting that Apple can find room in their margin to pay big bucks to celebrities to clutch their devices, but not for bumps in hardware.
Score: 9 Votes (Like | Disagree)

Product placement is nothing new here, although maybe it's new for Apple?

One amusing case of this I remember was in the James Bond film, Golden Eye. Every computer that appeared in the movie had a larger-than-life IBM logo on it. I remember it being funny because almost all of the computers were owned by the bad guy. I was thinking "does IBM really want to be associated with someone trying to blow up the world?"

It's not new, someone just needed a topic for a "study".

Seinfeld had various Macs on his desk in his apartment, and a PowerBook uploaded a virus to the alien mothership in Independnce Day.
Score: 4 Votes (Like | Disagree)

I was about to write the same thing then saw your comment as the first one. What better FREE advertising than walking into a Starbucks or restaurant or office and seeing a room full of glowing Apple logos? You can't even pay for advertising of that quality! The logos are still there now, but as more people transition to the newer MacBooks and MacBook Pros they will disappear. Hopefully Apple will pay attention to this. That decision was just lacking in common sense.

Currently they will need to place older MacBooks like in this image for proper publicity, similar to the store they recently opened with the roof styled like an older glowing Apple logo MacBook, not one of the newer ones.

I'm disappointed my 2016 MacBook Pro doesn't have MagSafe. On the plus side, the USB-C cable doesn't fit very tightly so tripping on the USB-C cable usually pulls it out rather than pulling the laptop to the ground, maybe that is why they dropped MagSafe. But, on the minus side, the USB-C port is TOO loose, and I find my external hard drives or adapters sometimes falling out if my MacBook Pro is even slightly bumped. Bring back MagSafe! Bring back the glowing Apple! And tighten up those USB-C ports, please!
Score: 4 Votes (Like | Disagree)

ocnitsa
They are becoming a cultural icon, like Chuck Taylor hightops...they add cache to characters and round them out in the way the cultural artifact has importance or understanding for the viewers...With PCs, they feel more like product placement...with Macs or iPhones, something else...imo.

I agree.
Score: 3 Votes (Like | Disagree)
Read All Comments