Apple this week signed a straight-to-series order for a drama series from "La La Land" creator Damien Chazelle, according to reports from Variety and The New York Times.

Little is known about the series at this time, but Chazelle plans to write and direct each episode of the series, as well as executive produce. Apple did not divulge information about the subject of the series, where it will take place, or how many episodes Chazelle will make. 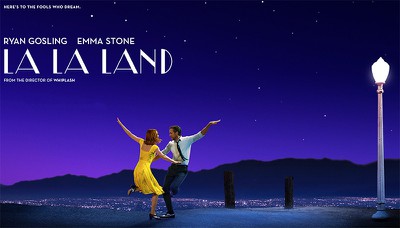 The original TV series for Apple will be Chazelle's second television-related project, as he also recently inked a deal with Netflix to create "The Eddy," a musical series set in Paris.

Apple has multiple other original TV shows in the works under the leadership of former Sony executives Zack Van Amburg and Jamie Erlicht, including a revival of 1985 Steven Spielberg sci-fi series "Amazing Stories," an untitled space drama developed by Ronald D. Moore, known for "Battlestar Galactica," an untitled "morning show drama" starring Reese Witherspoon and Jennifer Aniston, "Are You Sleeping," a psychological thriller starring Octavia Spencer that focuses on a podcast that reopens a murder case, "Home," a docuseries about amazing houses, and "See," a futuristic drama series.

I watched the first, oh, half-hour of that, and flipped it off in self-defense. The musical score was CRAP, the characters were completely flimsy. It reminded me of a French guy's idea of Hollywood in the '60s.
Score: 14 Votes (Like | Disagree)

bladerunner2000
If only Apple was determined to make a good computer as they are desperate to have a presence in cinema.
Score: 9 Votes (Like | Disagree)

CausticSoda
The more Apple delve into media content, the more irritating this is going to become. Any chance of another site for this sort of stuff? MacTVRumors or something?
Score: 8 Votes (Like | Disagree)

filmantopia
Chazelle was also the director of the awesome film "Whiplash" (which starred my high school friend Miles Teller by the way!). [edit: states this in the article but I'm leaving my humblebrag in place]
Score: 6 Votes (Like | Disagree)
Read All Comments