A new supply chain report today described strong July sales for component suppliers in the iPhone supply chain, hinting at an increase in momentum for production on the 2017 iPhones. Furthermore, sources speaking with DigiTimes have said that all three of the new iPhones -- the "iPhone 8," "iPhone 7s," and "iPhone 7s Plus" -- have now entered volume production.

The supply chain sources mentioned that there "will not be shortages" for the LCD iPhone 7s and iPhone 7s Plus, but supply for the OLED iPhone 8 "could fall short of demand," a sentiment we've been hearing for months. One of the major factors cited for this shortage is related to "high expectations" from users, which is expected to keep suppliers operating production lines in high gear and lead to record-breaking monthly and even quarterly sales volumes. 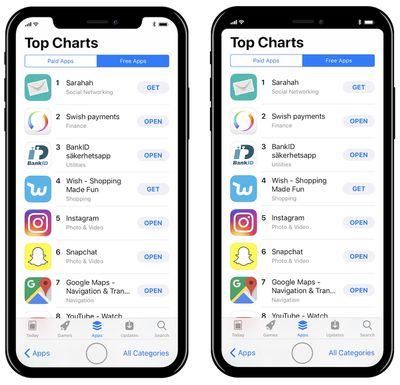 All of the three new iPhone models, including two TFT LCD and one OLED model, have entered volume production, said the sources, adding that there will not be shortages for the two LCD models, but the supply of the OLED version could fall short of demand due to high expectations for the model.

Specifically, main Apple suppliers Foxconn, Pegatron, and Wistron are believed to hit a sales high in the September-November period, due to shipments of finished iPhones predicted to "start gaining momentum" as soon as this month. In other recent production-related news, we heard about Samsung and its plan to operate seven OLED panel lines at full capacity in August, all of them dedicated to Apple's iPhone 8.

A recent investor note by KGI Securities analyst Ming-Chi Kuo mentioned that Apple will begin production verification tests on the iPhone 8 at the end of August, with mass production beginning in mid-September. Kuo further believed that Apple will announce all three iPhones simultaneously in September, as well as launching them for purchase all on the same day. As usual, the OLED iPhone 8 is predicted to be in short supply, and recent reports have suggested shipments between 2 to 4 million units will be available at launch.

Also shared today by Sonny Dickson (via 9to5Mac) are a few alleged images of each new 2017 iPhone. The images focus on the all-glass rear design of the devices, a rumor that's been circulating since the October 2016 for both the iPhone 8 and the LCD iPhone 7s and iPhone 7s Plus. The glass backs of the new iPhones will allow the devices to wirelessly charge when placed on a charging receptacle of some kind, similar to the Apple Watch's inductive charging feature.

I’d much rather the 8 be the same size as the 7 Plus with a 6”+ screen. I don’t want another baby sized phone.

I'm glad the the new flagship phone is smaller than the 7 Plus
Score: 8 Votes (Like | Disagree)

cocky jeremy
I’d much rather the 8 be the same size as the 7 Plus with a 6”+ screen. I don’t want another baby sized phone.
Score: 8 Votes (Like | Disagree)

Devie
Man the naming is up ***** creek. Ah well.
I'm not due for a new phone until next year so hopefully the 8s brings back Touch ID.. if it is gone from 8
Score: 7 Votes (Like | Disagree)

There is no iPhone 8 form factor.
Just a iPhone 6 ver. 3 (as you might observed as you have the ver. 2 in your hands)
Some may like it (obviously, as they have little choice...)
Others will say that this is the proof of the ultimate lackluster design culture at the current Apple

What is it that you expect? A triangle, circle or ?
Every phone needs a screen which has to be a rectangle. Needs a frame around it to hold things together.
Corners rounded, so nothing catches or at least a small radius.
That leaves the top and bottom sides, which can have a radius or be straight like in the old 4s. (My preferred design)
Besides that a lot of people will hide whatever design in a case.

My main concern remains the potential price of the iPhone 8.

It is getting pretty steep agreed. But I think for a long time smartphones have been way more than just phones.

Go back 10-15 years, and what would you have needed to have, and spend to have all of the following:

OK, you probably wouldn't need to spend £800, but I'm sure you could easily have done so, and ended up with four devices, that combined still didn't come close to doing everything you can on a modern smartphone.

And yes, I realise you can spend a lot less, and still get all of the above, but you get the point.
Score: 6 Votes (Like | Disagree)

There is no iPhone 8 form factor.
Just a iPhone 6 ver. 3 (as you might observed as you have the ver. 2 in your hands)
Some may like it (obviously, as they have little choice...)
Others will say that this is the proof of the ultimate lackluster design culture at the current Apple

I hate when people complain about the design of the iPhone and how it remained the same on the 7. Look at the Macbooks, iMacs, iPads. Form factor has spanned many product releases. What we are looking at now is a matured product. I for one love the 6-7 design. I think its perfect.
Score: 6 Votes (Like | Disagree)
Read All Comments