Apple Must Repay $14.5 Billion in Back Taxes, EU Commission Rules

The Apple tax ruling was confirmed this morning, after the judgement was leaked to the media yesterday. In unequivocal wording, the EU commissioner Margrethe Vestager said Apple's tax benefits in Ireland are "illegal".

"The Commission has concluded that Ireland granted undue tax benefits of up to €13 billion to Apple. This is illegal under EU state aid rules, because it allowed Apple to pay substantially less tax than other businesses. Ireland must now recover the illegal aid."

Vestiges said this selective treatment allowed Apple to pay an effective corporate tax rate of 1 percent on its European profits in 2003 down to 0.005 percent in 2014. Therefore in 2014 Apple paid 0.005 percent tax on EU profits, which means that "For every million euros in profits, it (Apple) paid just €500 in taxes," said Vestager. "This is based on an in-depth investigation, it's based on the facts. I also think and hope that if it goes to the courts that it will be upheld by the European Court."

According to the EC's press release, the existing tax rulings endorsed a way to establish the taxable profits for two Irish incorporated companies of the Apple group (Apple Sales International and Apple Operations Europe), which did not correspond to economic reality:

"Almost all sales profits recorded by the two companies were internally attributed to a 'head office'. The Commission's assessment showed that these 'head offices' existed only on paper and could not have generated such profits. These profits allocated to the 'head offices" were not subject to tax in any country under specific provisions of the Irish tax law, which are no longer in force."

Ireland Finance Minister Noonan said the country "disagrees profoundly" with the back tax ruling by the European Commission. "The decision leaves me with no choice but to seek cabinet approval to appeal. This is necessary to defend the integrity of our tax system; to provide tax certainty to business; and to challenge the encroachment of EU state aid rules into the sovereign member state competence of taxation," he said.

Apple shares fell more than 2 percent in pre-market trading following the ruling, which comes after a three-year investigation into Apple's tax arrangements in Ireland, where it was initially thought to have paid around 2 percent or less in taxes compared to the country's headline 12.5 percent corporate tax rate.

Update: Apple has reacted to today's ruling with the following response:

"The European Commission has launched an effort to rewrite Apple’s history in Europe, ignore Ireland’s tax laws and upend the international tax system in the process. The Commission’s case is not about how much Apple pays in taxes, it’s about which government collects the money. It will have a profound and harmful effect on investment and job creation in Europe. Apple follows the law and pays all of the taxes we owe wherever we operate. We will appeal and we are confident the decision will be overturned."

Apple CEO Tim Cook has also posted "A Message to the Apple Community in Europe" on the Apple website.

What a morally bankrupt outfit.
Score: 39 Votes (Like | Disagree)

Tax havens, non-resident companies, "licensing fees" are all tools used by companies and Governments to reduce their tax burden while the Average Joe has no chouce but to pay their dues.

It's good to see steps towards putting fairness back into tax payments.
Score: 30 Votes (Like | Disagree)

Following an in-depth state aid investigation launched in June 2014 ('http://europa.eu/rapid/press-release_IP-14-663_en.htm'), the European Commission has concluded that two tax rulings issued by Ireland to Apple have substantially and artificially lowered the tax paid by Apple in Ireland since 1991. The rulings endorsed a way to establish the taxable profits for two Irish incorporated companies of the Apple group (Apple Sales International and Apple Operations Europe), which did not correspond to economic reality: almost all sales profits recorded by the two companies were internally attributed to a "head office". The Commission's assessment showed that these "head offices" existed only on paper and could not have generated such profits. These profits allocated to the "head offices" were not subject to tax in any country under specific provisions of the Irish tax law, which are no longer in force. As a result of the allocation method endorsed in the tax rulings, Apple only paid an effective corporate tax rate that declined from 1% in 2003 to 0.005% in 2014 on the profits of Apple Sales International.

I applaud this decision. I cannot see how paying 0.005 % in taxes is justified in any way.
Score: 28 Votes (Like | Disagree)

CarpalMac
From this last week, when the stock options came in: 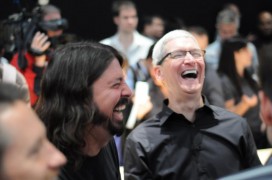 To this, this week: 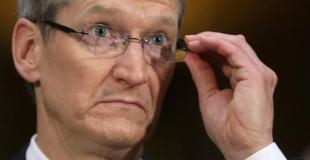 Saturday February 4, 2023 1:30 am PST by Hartley Charlton
Google's Chromium developers are working on an experimental web browser for iOS that would break Apple's browser engine restrictions, The Register reports. The experimental browser, which is being actively pursued by developers, uses Google's Blink engine. Yet if Google attempted to release it on the App Store, it would not pass Apple's App Review process. Apple's App Store rules dictate...
Read Full Article • 225 comments