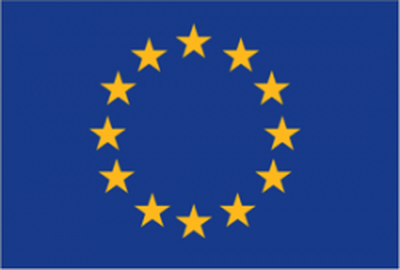 The European Commission today announced the results of its formal investigation into Apple's tax arrangements in Ireland, accusing the company of receiving illegal state aid from the country, reports The Wall Street Journal.

In its findings, the regulatory body stated that deals between Apple and Ireland struck in 1991 and 2007 helped Irish authorities "confer a selective advantage upon Apple" that resulted in a lowering of its tax liability. The Commission also added that Apple's increase in sales for its business in Ireland appear to be inconsistent when related to comparable operating costs that would come with growth. Furthermore, the Commission notes that there was a reported increase in "sales income" by 415%, but states that most of the profit-generating work was done elsewhere.

Accordingly, the Commission's of the opinion that through those rulings the Irish authorities confer an advantage on Apple. That advantage is obtained every year and on-going, when the annual tax liability is agreed upon by the tax authorities in view of that ruling.

Apple's tax policies have been questioned on numerous occasions throughout the past few years, as the company is said to utilize multiple subsidiary companies located in the Irish city of Cork to move money around without significant tax penalties. This in due in part to an exemption in the region's law, which allows companies that are managed abroad but located in Ireland to be exempt from taxes. CEO Tim Cook defended the company's tax practices in 2013, calling for a tax reform and simplified corporate tax policies along with lower rates for repatriation.

Apple and the Irish government will now have one month to respond to the findings published in the Commission's reports, as the case will likely take up to 18 months to reach a conclusion. In addition to its findings regarding Apple and Ireland, the European Commission also announced that it is investigating state aid cases involving coffee company Starbucks and car maker Fiat and their arrangements with the Netherlands and Luxembourg, respectively.

Jambalaya
About time too. The EU should fine Ireland a multiple of taxes lost, in the same way European companies are subject to such fines in the US. It is time for this to end.

This month continues to get worse for Apple.

To be honest it's not really Apple's fault. if you are a business and a country offers you a fantastic sweetheart deal what are you going to say ?

Taxes should rise for Apple and by a lot. The US tax authorities are rightly very unhappy with the use of tax avoidance techniques by Apple, in particular sheltering their international profits abroad and paying very little tax on them either via deal likes the one with Ireland
Score: 15 Votes (Like | Disagree)

whooleytoo
Not good, for Apple or Ireland.

To be honest though, it does piss me off that Ireland already has one of the lowest corporate tax rates in the world, but large companies are using every chink and flaw and limit in the law to get around even paying that. If the guy running a shop on the corner or the woman running a small software business is paying the full rate in a very difficult economic environment, so should Apple et al. If Apple gets a sweeter deal, so should everyone.
Score: 7 Votes (Like | Disagree)

Macboy Pro
This month continues to get worse for Apple.
Score: 7 Votes (Like | Disagree)


Nothing to add, just an applaud.
Score: 6 Votes (Like | Disagree)
Read All Comments

Saturday May 15, 2021 11:08 am PDT by Juli Clover
Twitter has been working on some kind of subscription service since last summer, and Jane Manchun Wong, who often digs into new features coming in apps, has shared details on just what Twitter is exploring. Twitter's subscription service could be called Twitter Blue, and at the current time, it's priced at $2.99 per month. There will be a "Collections" section that allows users to save and...
Read Full Article • 68 comments