Apple is close to signing 21-year-old Raheem Sterling, a skilled forward for Premier League's Manchester City F.C. and England's national football team, as a global ambassador, according to British newspaper The Sun. 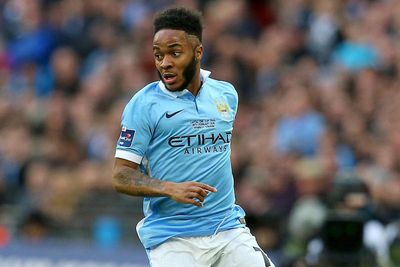 Sterling will earn around £250,000 per year from the deal, which is contingent upon him returning from injury in time for the Euro 2016 championship in France. Fortunately, his imminent return appears likely, as local media reports claim the winger could resume play as early as this weekend versus Chelsea.

The report claims that Sterling "has been lined up to be the figure-head of Apple’s promotional work around the European Championship this summer," which could involve Apple or Beats television commercials and product endorsement, predominantly in the United Kingdom. Euro 2016 takes place between June 10 and July 10.

Fortunately, I live in the US so your "Football" essentially doesn't exist for me. <dons flame retardant virtual suit and prepares for attacks>

It's existed a lot longer than your "Football". :p

h00ligan
It's clear should they choose sterling they don't understand the English premiere league. The public by and large hate this guy in the UK for mistreating his former team, to a point where everyone had sympathy for them, and mucking about whining, conning, and generaply being a tit as he acted completely unprofessional and childlike despite his already massive wage earnings. I can't imagine sterling being chosen right now, it would be so stupid to choose him of all the available players given he's so polarizing, no not polarizing, everyone hate him for being a completely spoiled self centered arrogant twit.

Rogifan
Serena Williams is a brand ambassador for Apple? Since when? I didn't know Apple had brand ambassadors, unless these come from Beats?
Score: 8 Votes (Like | Disagree)

jim.arrows
Why not someone who can actually get in his club's Starting XI?
Score: 7 Votes (Like | Disagree)