Monday February 22, 2016 7:50 pm PST by Husain Sumra
While at Mobile World Congress, CNET has produced a video featuring Corephotonics' dual-lens camera technology, which appears similar to that of Apple-acquired LinX. With Apple rumored to introduce a dual-lens camera on either the iPhone 7 or 7 Plus, the video offers an opportunity to see such technology in action, providing a glimpse at how it may work in Apple's next iPhone.


The technology uses software to combine the images of two separate camera lenses to create a more detailed picture, including the ability to optically zoom with no moving parts. In 2014, Corephotonics was able to use the tech to offer 3 times optical zoom, but has since increased its capabilities to offer 5 times optical zoom. 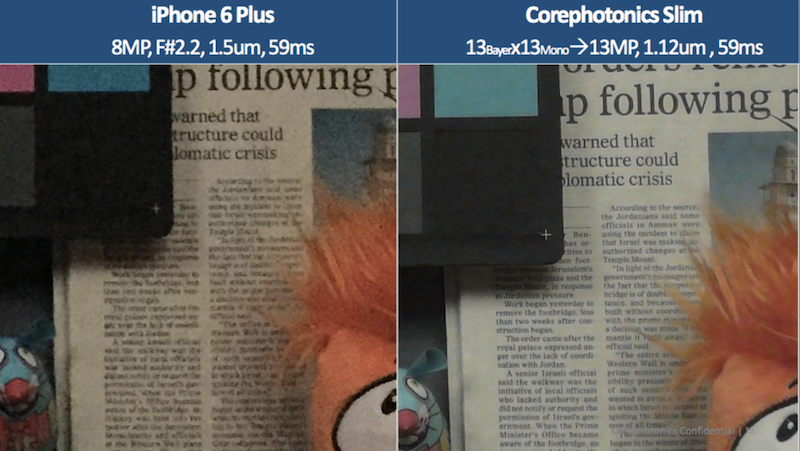 LinX's technology also uses multiple camera lenses to create a single high quality image, including noise reduction, better low-light quality and sharper details. Other than a dual-lens camera using LinX's technology, rumors claim the iPhone 7 could have a more waterproof design, a flush rear camera and no antenna bands on the back and, if ready, wireless charging. The iPhone 7 is expected to be released this fall.

HiRez
This is the kind of breakthrough tech Apple needs to get their iPhone mojo back. iPhone 6S (including Plus) photos are still horrible in low light. But if Apple doesn't have exclusive use of it, the advantage will be limited (but still great for users).
Rating: 7 Votes

Maybe I'm the only one here.. But I personally think two cameras would look so clunky and ghetto. And would take away from the pristine look of an iPhone.

I can't help thinking that "looking ghetto" must be offending someone. What ever are you getting at?
Rating: 7 Votes

Rumors are saying 7 (plus).


Ugh.. please let the non-plus get it! I got the 6 Plus in order to get optical image stabilization... but had to go back to the smaller size with the 6S... just got tired of having to pull that beast out of my pocket. But i do miss the photos from the 6 Plus.... it really did seem to take better pictures in IMO. If this dual camera feature is Plus only... i'll be very bummed.
Rating: 7 Votes

That's cool, though I think that they should improve photos taken in low-light situations, too.

So is it essentially stacking two simultaneous images for a higher SNR?


Looks like the second camera sensor has no color filter, so it can capture more light and detail in black & white. Then processing is applied to combine the color and b&w images.
Rating: 3 Votes

Maybe I'm the only one here.. But I personally think two cameras would look so clunky and ghetto. And would take away from the pristine look of an iPhone.

vertical smile
The dual camera looks like a good idea, although it seems like almost every model has an upgraded camera that never works as good as the rumors make them out to be.

The iPhone's picture quality is hit or miss for me.

Sometimes I am very impressed by the photos I take, other times, especially in lower light, the pictures are horrible.

I am currently using an iPhone 6s Plus, which one reason I got that one over the 6s was for the better camera and thinking that lower light photos would be better. The 5s seems just as good with low light photos as the current models.
Rating: 2 Votes

RobertMartens
This won't stop at 2 cameras. It will go to 3 then 4 then 8 then 16. The resolution will be unbelievable and you will be able to adjust the focus after the fact. I'm telling you, this is just the beginning.

Actually I first came across this idea with a "scanner" app that I have on my iPhone. It has you take a picture of the piece of paper 3 times. It then combines them to make an incredibly sharp image that when printed out is as clear as the original. And that is how I know that multiple cameras are coming! BTW the scanner app is called TurboScan.
Rating: 2 Votes

slicecom
I really hope its available on the 7. I don't want a 7 Plus, but will if its the only one with dual cameras. The image quality and low light performance looks incredible.
Rating: 2 Votes


I think you got that wrong, cyclopse. Of course a human brain composing one unified image from twice the information acquired by two separate sensory organs must result in a better approximation of reality. Not just depth perception, but also image resolution, color accuracy and low light performance. 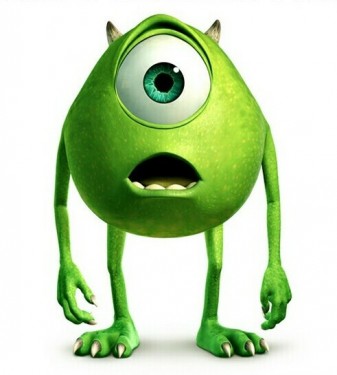