iPhone 7 May Feature Thinner, Waterproof Body With No Headphone Jack and Wireless Charging 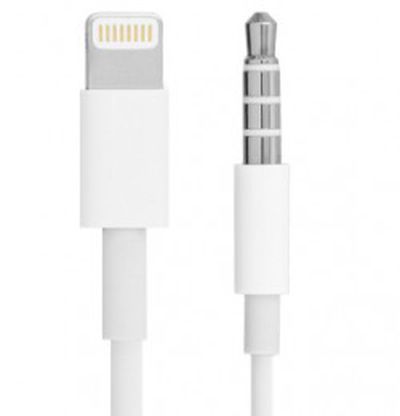 Apple's iPhone 7 may feature wireless charging and a thinner waterproof body with no headphone jack, according to a new report from Fast Company that is in line with previous iPhone 7 rumors from the Asian supply chain.

Citing a source with "knowledge of the company's plans," Fast Company says the iPhone 7 will not include a headphone jack in an effort to make the device even thinner than the iPhone 6s. The device will also "very likely" be waterproof and support some form of wireless charging.

Apple is said to be working with Cirrus Logic to adapt the audio chipset in the iPhone to work with the Lightning port. With no 3.5mm headphone jack, the Lightning port, which is currently used for charging, will also be used to transmit sound to wired headphones. The chipset may also include new noise-canceling technology to remove background noise during music playback and phone calls.

Would you prefer the iPhone 7 have a 3.5mm headphone jack or all-in-one Lightning connector? https://t.co/ZsmMqskbOB — MacRumors.com (@MacRumors) November 30, 2015

While Fast Company's source sounds sure of the removal of the headphone jack, there is a caveat about the potential inclusion of wireless charging technology and waterproofing. Apple is said to be working on these technologies at the current time, but Fast Company warns that the features could be pulled ahead of when the iPhone 7 goes into production.

Wireless charging is a feature that has been long rumored for potential inclusion in the iPhone and it's certainly technology that Apple has been exploring for many years, based on patents and earlier iPhone and Apple Watch rumors. A waterproof iPhone 7 body made from a new non-aluminum composite material is a rumor that first surfaced a few months ago. Further rumors have suggested the new material will also allow Apple to do away with the prominent antenna bands that were included on the iPhone 6s.

The removal of the headphone jack was first reported by Japanese site Mac Otakara and has since been backed up by a supply chain rumor, but Apple has been laying the groundwork for the elimination of the jack for several months. In 2014, the company introduced a new MFi program to allow third-party manufacturers to develop headphones that connect to iOS devices over Lightning, paving the way for Lightning-equipped headphones like the Philips Fidelio M2L.

Mark Sullivan, who penned today's rumor, has a bit of a mixed track record in the pieces he's written for Fast Company and VentureBeat. His sources accurately predicted some iPhone 6 features like the Qualcomm MDM9825 LTE chip, but he also reported that Apple was working with Swatch to develop the Apple Watch, a rumor that turned out to be untrue.

Apple's iPhone 7 and 7 Plus are expected to be released in September of 2016. Along with the above-mentioned rumored features, the device will also include an upgraded A-series processor and it could include features like an improved camera. Other rumors specific to the iPhone 7 Plus have suggested it could include a 256GB storage option, a 3,100 mAh battery, and 3GB RAM.

apolloa
Ive must have nightmares at night......

They are waaayyy too obsessed with thinness for no reason or gain.

Their is no real reason what so ever to remove the headphone port apart from for Apple to make even more profit, people should really realise this, a set standard used for years and years and Apple want to change it when no one has been asking for it to be changed. In fact I remember devices that ditched the traditional headphone jack and provided adapters and they never did too well.
Sony also manage VERY VERY well to make their devices fully watertight with both fully exposed USB AND headphone ports so that is no reason either.

Is it really that hard for Apple to listen to it's customers and actually give MORE battery life? Not the same or less battery life just to accommodate a thinner phone?
Score: 73 Votes (Like | Disagree)

The question is who is asking for this? Thinner phone means thinner battery and about the same battery life we've been getting lately.
Score: 66 Votes (Like | Disagree)

TheKrs1
I'm ok to lose the jack for:

* Waterproofing
* save space for other components

I'm not ok to lose the jack for:

Izauze
Removing the 3.5mm potentially interferes with a number of the basic needs of their users. *But* Apple may have good solutions to address those needs in another way. We shall see how they handle it, I suppose... And whether what we gain is worth what we lose.

pgiguere1
Before people panic over Apple's obsession with thinness, realize removing the 3.5mm jack would save some internal space regardless of how thin the iPhone 7 will be. That means that the iPhone 7 could have the same thickness as the 6 while having a larger battery due to internal space saved.

Two components would be removed by this move, the relatively large 3.5mm jack module ('http://g02.a.alicdn.com/kf/HTB1rXUyHVXXXXaSXXXXq6xXFXXX5/Wholesale-10pcs-a-lot-Replacement-Repair-Parts-Headphone-Earphone-Audio-font-b-Jack-b-font-font.jpg') and the DAC (digital to analog converter), which would now be integrated in headphones rather than inside your phone. The DAC is one of the largest component on the PCB right now, I believe only the SoC, NAND and LTE modem are larger.

Personally, I don't think the iPhone 7 should be thinner than the 6, but I would still appreciate if the 3.5mm jack got removed.

On top of the saved internal space, moving to Lightning provides certain benefits:

* Possibility of using a DAC that's better than the one in the iPhone in high-end headphones.
* Less degradation due to the transmission through an analog cable. Also less likely to hear a hiss when moving the jack due to dust etc.
* Possibility of headphones recharging your phone or vice-versa. Particularly useful for docks and soundboxes that both charge your phone and play music using a single cable.
* Possibility of sending additional data from your headphones to your phone. Stuff like battery level in noise-cancelling headphones. Or increased reliability and features of headphone remotes.

Edit: Scratch that about the DAC removal part. As some have pointed, you still need it to use internal speakers. Apple may choose a lower-quality internal DAC that's significantly smaller though, since you don't need a good DAC just for speakers.
Score: 36 Votes (Like | Disagree)