Supply Chain Rumors Reaffirm iPhone 7 Will Not Have Headphone Jack 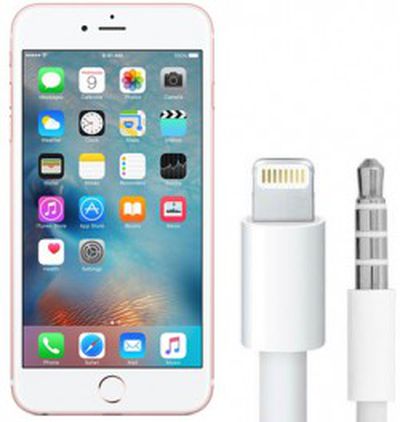 Six weeks ago, Japanese website Mac Otakara reported that Apple is planning to remove the 3.5mm headphone jack on the iPhone 7 in favor of an all-in-one Lightning connector for both connectivity and audio output.

Both websites claim the iPhone 7 will not have a headphone jack, and that Apple will release its own wireless Bluetooth headphones, but the unverified reports should be treated with caution until or unless additional sources verify these claims -- nevertheless, they do make for interesting discussion.

Philips M2L are Apple-approved Lightning-equipped headphones
The original report, which cited a "reliable source," also claimed the new same-sized Lightning connector will have a DAC, or digital-to-analog converter, for backwards compatibility with wired headphones using standard 3.5mm stereo jacks. A 3.5mm to Lightning adapter would be required.

The rumor has led to speculation that Apple could introduce wireless charging on the iPhone 7, as users would be unable to charge the smartphone and use Lightning-equipped headphones at once. On the contrary, there is always the real possibility this rumor is false and that Apple has no plans to ditch the headphone jack.

Would you prefer the iPhone 7 have a 3.5mm headphone jack or all-in-one Lightning connector? https://t.co/ZsmMqskbOB — MacRumors.com (@MacRumors) November 30, 2015

Should this rumor prove to be true, however, the decision will likely be as controversial as Apple's move to the Lightning connector over its legacy 30-pin dock connector. MacRumors ran a Twitter poll that showed 59% of 7,542 respondents preferred the 3.5mm headphone jack over an all-in-one Lightning connector.

Robstevo
Ridiculously stupid move that has zero benefit for the consumer but makes another cash cow for Tim and his cronies.

I'm sure apple would love to sell 50 dollar adapters and all that juicy lightning licensing money.
Score: 54 Votes (Like | Disagree)

sam2428
People also complained when Apple removed the optical disk drive. I sure don't miss mine...

Look to the future people.
Score: 48 Votes (Like | Disagree)

xkmxkmxlmx
If they ship it with an adapter, I have no problem with this.
Score: 45 Votes (Like | Disagree)

garirry
I don't know if I'm the only one, but at this point I feel like I like when apple does bad decisions just to see what will be people's reactions.
Score: 44 Votes (Like | Disagree)
Read All Comments