Earlier this year, MacRumors uncovered some evidence suggesting Zurich-based real-time motion capture firm Faceshift was acquired by Apple, and as of today, that acquisition has been confirmed by Apple in a statement given to TechCrunch.

"Apple buys smaller technology companies from time to time, and we generally do not discuss our purpose or plans." 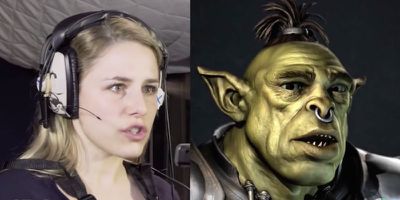 Prior to being acquired by Apple, Faceshift worked with game and animation studios on technology designed to quickly and accurately capture facial expressions using 3D sensors, including Faceshift Studio software with plugins for Maya and Unity. The company was also working toward consumer-facing software like a Skype plugin that would support real-time avatars for video chat.

Based on Swiss company registry filings discovered by MacRumors, Faceshift was acquired by Apple in mid-August. Several Faceshift employees have now joined Apple and are working out of the company's European offices. Apple is also hiring additional employees to work on related technology in Switzerland, including a senior software engineer that would focus on "cutting-edge imaging algorithms for both mobile and desktop photographic applications."

Faceshift launched in 2011 out of the Computer Graphics and Geometry Laboratory at the Swiss Federal Institute of Technology in Lausanne, and in mid-2013, the company expanded and brought on industry veteran Doug Griffin, formerly of Industrial Light & Magic and Electronic Arts, to head up a San Francisco office. Faceshift has demonstrated its motion capture technology multiple times in the past few years, most recently demoing it at GDC 2015.


It is not clear what Apple will use Faceshift's Technology for, but there are a wide range of possible use cases. Faceshift's real-time motion capture work in the gaming and chat arena could be used for things like real-time avatars for FaceTime video chats, but there are also more serious applications such as biometrics for unlocking devices or authorizing payments through facial recognition techniques.
Related Roundup: Apple Glasses
Tag: Faceshift
Related Forum: Apple Glasses, AR and VR
[ 48 comments ]

Sanz315
This technology could be so useful in cars, car would be able to tell when a driver would be tired or distracted. I don't know if Teslas already do this though.
Score: 8 Votes (Like | Disagree)

antman2x2
So I can finally kiss siri? LONELY? ME? Pshhhh
Score: 8 Votes (Like | Disagree)

Kr15
To be honest it's very sad to see small companies disappearing from the horizon just because one bigger company needs some kind of a patent.

Don't get me wrong, I'm still Apple "fanboy" and I would love to see their products improving but i do believe that some of the technologies would do better on their own.
Score: 7 Votes (Like | Disagree) 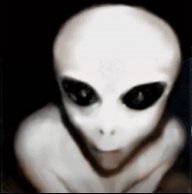 Perfect avatar for this thread.
Score: 6 Votes (Like | Disagree)

By far the weirdest acquisition I've seen yet.

Nah... acquisition of Beats is
Score: 5 Votes (Like | Disagree)
Read All Comments