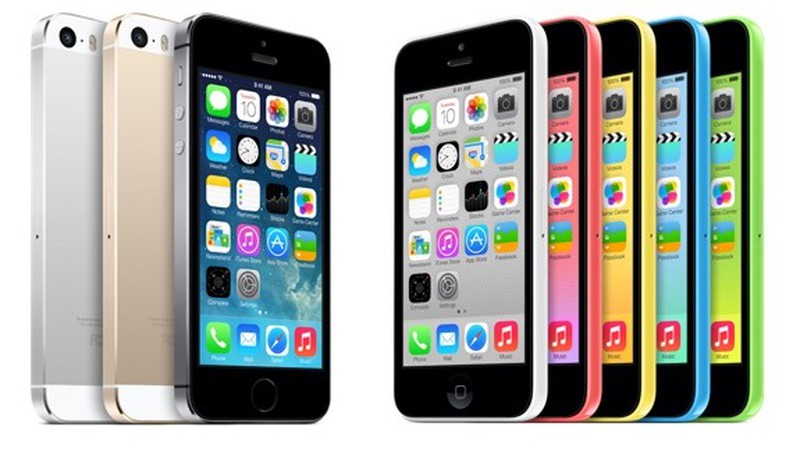 What’s more surprising is the iPhone 5c’s sales performance relative to that of the iPhone 4S’s following the debut of the iPhone 5. Despite the 5c’s newness and its colorful design, it’s not selling that much better than the 4S did when it was demoted to legacy iPhone by the flagship iPhone 5.

According to CIRP’s analysis, the 5c accounted for 27 percent of iPhone sales during the time period surveyed — just slightly more than the 23 percent captured by the 4S during the same period last year. Remember, the new 5c is this year stepping into a role similar to the one the old 4S served last year: The $99 iPhone. But Apple has attempted to improve its value proposition, tricking it out with a new plastic chassis and color options.

A 2-to-1 lead for the iPhone 5s over the iPhone 5c would appear to mark a decline from the launch weekend of September 20, when analytics firm Localytics saw the ratio at closer to 3.5-to-1 by tracking the new devices showing up on its network. At the time, we noted that the gap would likely narrow over time as the launch weekend focused on early adopters buying the higher-end iPhone 5s models that were in short supply, while over the longer term the iPhone 5c would more likely hold appeal for mainstream customers updating when their current contracts run out, and that dynamic appears to already be playing out in the weeks following the launch.

Last week, it was reported that Apple is cutting iPhone 5c production from 300,000 units to 150,000 units per day, with the iPhone 5c seeing significantly better availability compared to the iPhone 5s. It is, however, unclear how much of the ample iPhone 5c stock are due to weak demand and how much is due to Apple simply having met demand through more effective production.

Apple announced last month that the iPhone 5s and iPhone 5c had sold a record nine million units during their launch weekend, but the company did not break down the sales distribution between the two models. However, a report from last week stated that the iPhone 5c finished second in sales over the month of September at US carriers AT&T and Sprint, and finished within the top three in sales at all four major carriers, which suggests that the lower-cost iPhone is at least selling fairly well.

If Tim Cook thinks people are stupid enough to buy cheap plastic phones that are essentially past year's old product dressed in different colors, he should get his head checked.

That dude can't get anything right.

Needs to get replaced as CEO of Apple ASAP.


They are waiting for your job application!

IMO this is why Apple doesn't need "cheap".

Apple doesn't need cheap, but it does need solid mid-range competitors to Android. The 5c fits the bill, but it's priced too high.
Score: 30 Votes (Like | Disagree)

4jasontv
When the iPhone 5 launched the iPhone 4 was free with contract and made up 9% of sales. The iPhone 4S was 23% and the 5 lead with 68%. That seemed normal to everyone.

So, the real story is that a slight change to the look of the mid tier device (in the absence of change in the flagship) has resulted in a slight increase in it's sales.

People who want the free one are still taking it at the same rate, but people who don't care to pony up for top of the line are more willing to take a mid tier device that has been refreshed.

This is all very remarkable.
Score: 21 Votes (Like | Disagree)

zgh1999
If Tim Cook thinks people are stupid enough to buy cheap plastic phones that are essentially past year's old product dressed in different colors, he should get his head checked.

That dude can't get anything right.

Needs to get replaced as CEO of Apple ASAP.
Score: 15 Votes (Like | Disagree)
Read All Comments