An image of what might be Logitech's upcoming MFi (Made for iPhone) controller for the iPhone has been leaked on Twitter by @evleaks, who has been known to provide reliable images in the past.

The enclosure controller wraps around the iPhone, adding buttons and controls on either side of the phone and is similar to an earlier prototype that was leaked back in June. It also fits with teaser images that Logitech released a few weeks ago.

While the controller in the image is an enclosure model, other available models are said to be standalone controllers that will not require an attachment to an iPhone or an iPad to function.

In addition to the Logitech gamepad, GameCase last week released a trailer for its GameCase iPhone controller, which connects via Bluetooth and is battery operated.

News of MFi controllers first surfaced in June, after Apple debuted the controller API at WWDC. Since the release of iOS 7, many games have incorporated Game Controller Support, including several major titles like Walking Dead and Bastion.

Though no game controllers have yet to hit the market, the appearance of controller support in games and continuing hardware leaks suggest that a release could come at any time, possibly during Apple's rumored iPad-centric fall event.

Aussi3
This tied in with Apple TV will be a massive hit to Xbox and playstation
Score: 21 Votes (Like | Disagree) 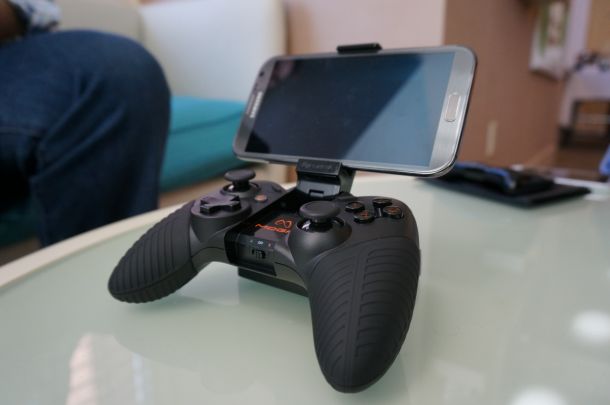 and it works with a tablet
Score: 12 Votes (Like | Disagree)

I wonder if this can compete with the 3DS and Vita. It certainly caters to someone like me who doesn't game enough to warrant a handheld.
Score: 9 Votes (Like | Disagree)

mw360
Disappointed it doesn't let 'hon' show through at the back.
Score: 8 Votes (Like | Disagree)


Because being able to play Despicable Me on your iPhone and Apple TV is going to make people skip out on GTA V, The Last of Us, Halo, and Bioshock.
Score: 7 Votes (Like | Disagree)
Read All Comments