Korean site ETNews.com reports [Google translation, via Unwired View] that Apple is working on a new, larger iPad with a display measuring 12.9 inches diagonally, compared to the 9.7-inch display on the current full-size iPad. The larger iPad, which the site apparently in all seriousness says would be called "iPad Maxi", would launch in the first half of 2014 and be intended to target the ultrabook market as well as increase utility for digital textbooks. 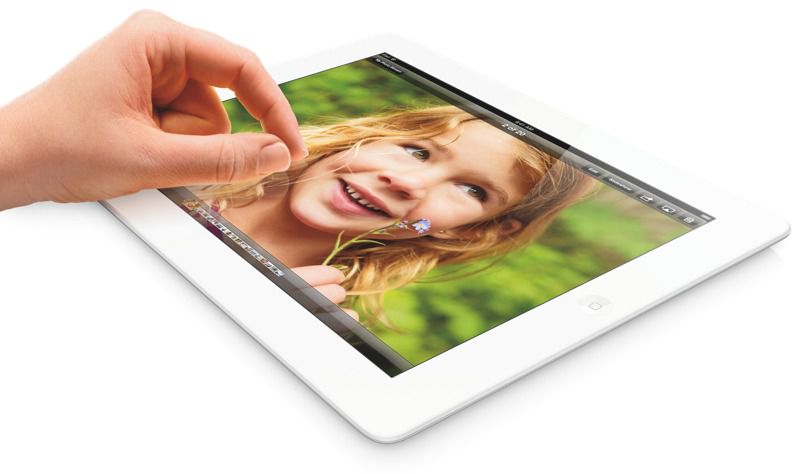 While some users have expressed a desire for a larger iPad, consumer preference certainly appears to be trending toward smaller screens and more portability rather than larger screens. While the original iPad has experienced significant success, several analysts have estimated that the iPad mini immediately began outselling its larger sibling upon launch late last year.

ETNews.com does not have a particularly solid track record regarding Apple rumors, and is not a frequent rumor source either. Previous incorrect reports have included claims that the iPhone that was ultimately dubbed iPhone 4S would launch in late June 2011 and that the iPhone 5 would take advantage of Liquidmetal alloys and launch in June 2012. More recently, the site claimed that fingerprint sensor firm AuthenTec had cut off its existing customer base after being acquired by Apple, a development that seems likely amid rumors of Apple deploying fingerprint technology on the iPhone 5S.

A good use for a larger iPad would be sheet music.

My wife teaches piano, and I've long predicted that tablets will eventually take the place of students carrying stacks of music books. The problem today is the size: the current iPad is significantly smaller than traditional sheet music books. But... an iPad Maxi could cover that much better -- and selling the Maxi to music students would be a very nice (and large) sales entry point.
Rating: 8 Votes

Geez MR do you need to report on every rumor that comes out of Asia, even when the rumors are so ridiculous no one would believe them?

I think its good that we get full coverage. Thanks MR. Why so negative?
Rating: 6 Votes

It would never be called 'Maxi Pad' or anything like that.
Probably something like 'iPad Professional' or 'iPad Platinum Edition'.

organerito
I was thinking to buy an iPad to read music. I have tried it and the 9.7 screen a little too small. I would buy immediately a 12.9-inch iPad.

Unfortunately, I don't think it is going to happen.
Rating: 6 Votes

MonkeySee....
Was this even worth posting MacRumour team?
Rating: 6 Votes

69650
I don't know why they have to give each model a unique name. They don't do it with their computers, so why not just call it the iPad - available in 3 screen sizes. Sounds better than the iPad, iPad mini and iPad maxi.

A4 size iPad sounds good to me. I bet a lot of people would ditch their laptop for that.
Rating: 4 Votes

Harrycooke
As if they'd ever name it something that sounds so similar to a feminine hygiene product.
Rating: 4 Votes

daneoni
"iPad Maxi" tells you all you need to know about this 'rumor'
Rating: 3 Votes

jakebot
I would love this size of iPad!
Rating: 3 Votes
[ Read All Comments ]