Last week, The Wall Street Journal reported that Samsung had overtaken Apple for the title of world's top-selling smartphone manufacturer, relying on a source who indicated that Samsung had shipped over 20 million smartphones in the third quarter, compared to Apple's announced sales of 17.1 million iPhones.

Samsung today officially announced its financial results for the third quarter, and while it no longer releases smartphone sales units, it did disclose that smartphone sales were up more than 40% over the previous quarter. With Samsung having been close on Apple's heels during the second quarter and Apple's sales declining in the third quarter as customers waited for the iPhone 4S, that growth enabled Samsung to easily surpass Apple in the smartphone segment.

Neil Mawston, Director at Strategy Analytics, added, “After just one quarter in the top spot, Apple slipped behind Samsung to second position and captured 15 percent share. Apple’s global smartphone growth rate slowed to just 21 percent annually in Q3 2011, its lowest level for two years. We believe Apple’s growth during the third quarter was affected by consumers and operators awaiting the launch of the new iPhone 4S in the fourth quarter, volatile economic conditions in several key countries, and tougher competition from Samsung’s popular Galaxy S2 model.”

While Apple is expecting all-time record iPhone sales during the current quarter as the iPhone 4S rolls out around the world, it still may not be enough to overcome Samsung's significant lead and strong growth.

In the overall mobile phone market, Strategy Analytics pegged Apple in fifth place, slipping behind ZTE compared to the previous quarter. Apple's share of the total market fell to 4.4%, down from 5.6% in the second quarter.

koobcamuk
Doesn't stop the fact that Apple have possibly the most elegant phone ever made: 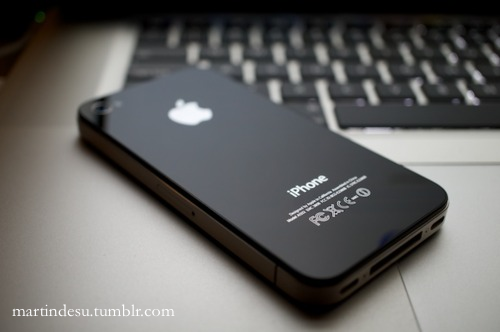 (photo from my tumblr)

iSee
I'm happy with this...

I'm pretty much married to iOS platform and don't want to start over with andriod. But this is the kind of thing that will hopefully get Apple to shore up the holes in iOS.

E.g., yesterday I was dying for Siri to turn-by-turn directions.
Score: 21 Votes (Like | Disagree)

kiljoy616
Good for them, I like to see more of this, I don't want Apple to sit on their past gains after this is Apple, the company that brings "magic to life" what other company do people get so excited that they can't wait to see what else they bring out.

I dont' care if Apple is 2 or 4th what I care is they keep Steve Jobs legacy alive and keep bringing things we want and haters unable to control their fits. :rolleyes:
Score: 14 Votes (Like | Disagree)

I love how people always equate every other brand other then Apple to be piles of junk. Comments like that are why I'm embarrassed and literally hide the fact I use :apple: products.


I know how you feel.

Granted, MR seems to draw all the giggling teenies and iWorshipers but sometimes their pom-pom waving around here creates way too much of a breeze.

Rafterman
I have to laugh at reading some of these posts and the lengths at which people will wear their rose colored glasses when it concerns Apple. I own as many Apple products as anyone - A Macbook Pro, a Macbook Air, a Mac Mini, an iMac, 64GB iPad 2, 64GB iPhone 4S, two Apple TV's and several thousand dollars over the years in iTunes content. So I am as much of "fanboy" as anyone.

But the mere mention of a company, product or service even suggested as being superior to Apple will drive some people to insanity. Some people need to get a grip. Apple is just a company, not a religion. Yikes.
Score: 9 Votes (Like | Disagree)

"who cares if PC sells more, it's not about market share, it's about the quality of the product and Macs are better. They simply just are!"

Apple Outsells everyone else

"who cares if samsung sold more, it's not about market share, it's about the quality of the product and iPhones are better. They simply just are!"

lol :p I like apple products more too but there's a lot of hypocrisy going on here
Score: 9 Votes (Like | Disagree)
Read All Comments

Tuesday April 13, 2021 10:45 pm PDT by Juli Clover
The upcoming 2022 iPhone lineup will feature two 6.1-inch devices and two 6.7-inch devices, with no mini-sized 5.4-inch iPhone, well-respected Apple analyst Ming-Chi Kuo said in a note to investors that was seen by MacRumors. Two of the iPhones will be high-end models and two of the iPhones will be lower-end models, similar to the current iPhone 12 lineup. Apple introduced the 5.4-inch...
Read Full Article • 179 comments