Verizon today announced its financial results for the second quarter of 2011, and in a slideshow presentation (PDF) accompanying the release revealed that it activated 2.3 million iPhones during the quarter. The period marked the carrier's first full quarter of availability for the iPhone, and it compares to the 2.2 million iPhones activated during the launch quarter. 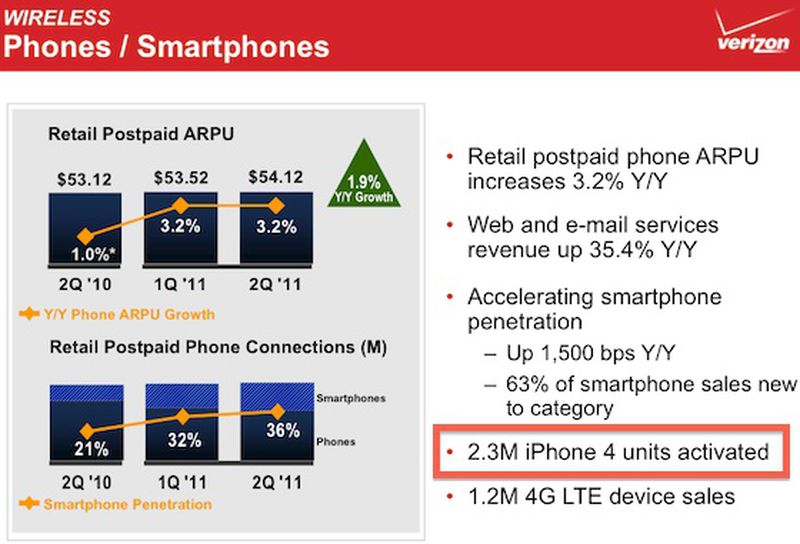 Verizon's 2.3 million activations compares to AT&T's 3.6 million announced yesterday, although AT&T's numbers include reactivations of previously-sold iPhones on new accounts. Verizon is obviously seeing little if any of that activity given that an iPhone compatible with its network has only been available for five months. AT&T also offers an 8 GB iPhone 3GS model priced at $49, an offering that Verizon is unable to match due to Apple not having built a CDMA version of the iPhone 3GS.

Doctor Q
The claims that Verizon hasn't grabbed much of AT&T's iPhone marketshare were exaggerated.

If you limited the comparison to the iPhone 4 then Verizon's activations would compare even better.
Rating: 1 Votes
[ Read All Comments ]