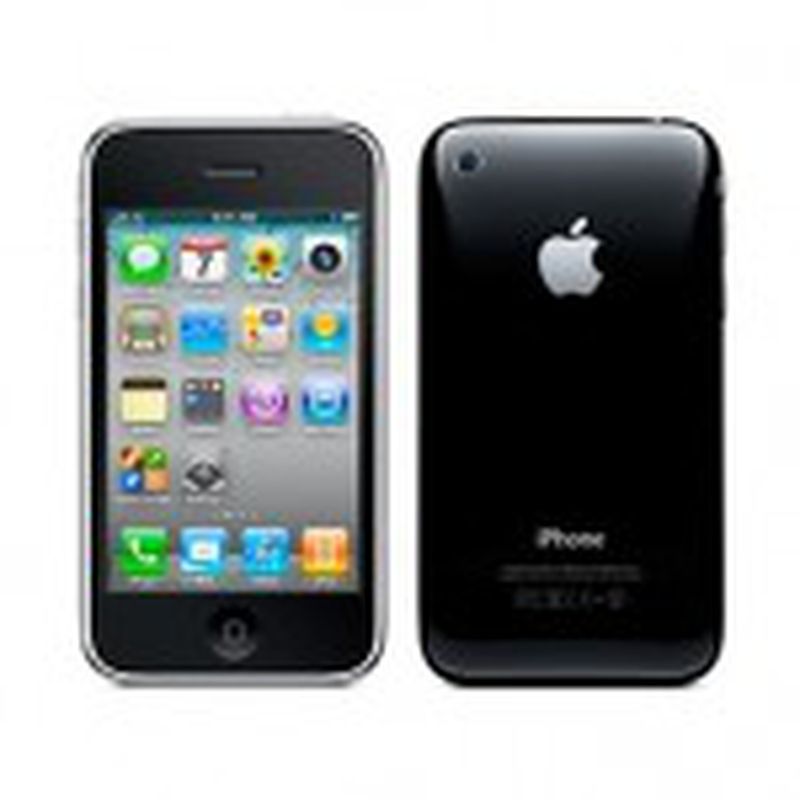 Earlier this year, AT&T lowered the subsidized price of the iPhone 3GS to $49.

Now, AT&T is offering refurbished 3GS' for just $9 with a two-year contract.

Earlier today, it was rumored that Apple would continue selling the 3GS this fall, after the next version of the iPhone is released, as a low-cost, unlocked device for $350 without a contract.

Over the past several iPhone cycles, Apple has continued to offer the prior model of the iPhone for $99 with a two-year contract. The 3G was sold with the 3GS, and the 3GS is currently paired with the iPhone 4.

Once you've decided to pay for an expensive data plan for the next 24 months, I just don't understand skimping on the phone you're going to be stuck with.


Who would sign a 2 year contract with a 3GS? It's already 2 years old, and by the time the contract expires, you'll be left with a 4 year old phone! :eek:

Because A.) some people don't have $200 to plop down on a phone and B.) some people are not tech whores and have to have the latest and greatest toy on the market.
I know some people who still use the original iPhone and are very happy with it.
Rating: 7 Votes

DylanT
Why not just offer the phone as a free phone ? After the contract your still down a bunch.
Rating: 5 Votes

Who would sign a 2 year contract with a 3GS? It's already 2 years old, and by the time the contract expires, you'll be left with a 4 year old phone! :eek:


It's simple really. The 3GS is an excellent phone that will do everything and more than many people need and want.

It's one of my all time favorites, and I've had every iPhone made.

Newer is not always better, which is something one learns over time, and through experience.

My first hand experience reveals that my 3GS was a much better "phone" than the iP4 I currently have. During the one year period I used the 3GS, I consistently enjoyed great call quality, far better than my iPhone 4.

Besides, just because it may not have all the latest features, does not detract from the excellent phone it is.

At that price, it's a great value. I highly endorse, the 3GS.
Rating: 4 Votes

Ksizzle9
This is nice for those who don't have the money. Or mothers or grandmother who need a good phone just for something like email or the likes.
Rating: 4 Votes

Why not just offer the phone as a free phone ? After the contract your still down a bunch.

Once you've decided to pay for an expensive data plan for the next 24 months, I just don't understand skimping on the phone you're going to be stuck with.

If that much money is critical to your budget, you shouldn't be buying any type of smartphone.
Rating: 1 Votes

For all of Apple's Green credentials and use of eco friendly products etc, the iPhones have a remarkably short life, even for modern e-products.

I wonder how many of the original iPhones are still in service? What about the iPhone 3G? To say a refurbished 3GS is worth so little... Just makes you think is all, maybe I'll skip the iPhone 4S/5 and wait for the next installment...


I'm not sure that is the case; I was thinking more that if you ignore the 'traditional' long lifespan of apple products, an analysis of the iPhone would show that for a mobile phone, it has a remarkably long working life.

Just think; before, you would get a Nokia or SE on contract;
Probably less than 6 months in, it's more than a little shabby, it was virtually outdated when you got it (as most tended to have some features at the expense of others, and many of it's new ways of slicing bread were supported for almost a week), hard to get cases or accessories (short lifespan of a low markets are model with eccentric implementations), software is never going to be updated again etc etc.
Network offers you a refurb or something at a cost, and updated contract, and...
Your just-a-few-months-old phone gets shoved in the back of a drawer (barely worth listing on eBay)

I used to work in the industry, and it was rare that someone would still have the phone after a year. Even now, I see my coworkers flipping through HTC smartphones, while the rarer original iPhone and (admittedly v. Popular) 3GS carry on.
It's probably due to this lifespan that the iP4 appears to be almost outnumbered by the older models.
Rating: 1 Votes

FroMann
If only the 3GS were on Verizon...
Rating: 1 Votes

pyro008
I have to admit, I don't understand the aversion to paying $200 for a phone when you're gonna be dropping like $2000 over the contract. I guess most people are just too dumb to think so far into the future. If I get my own cell plan, phone price is hardly even something I'd consider.
Rating: 1 Votes
[ Read All Comments ]