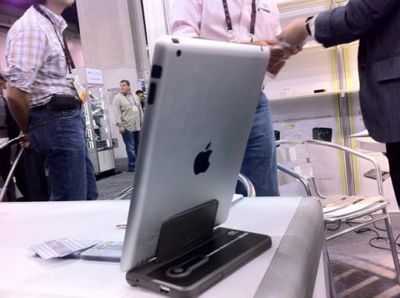 Daring Fireball's John Gruber weighs in on the recent rumors suggesting the next iPad will have a super high-resolution Retina display running at a resolution of 2048x1536.

I asked around, and according to my sources, it is too good to be true: the iPad 2 does not have a retina display. I believe the iPad 2's display will remain at 1024  768. Its display may be improved in other ways - brighter, better power consumption, thinner, perhaps.

Gruber believes that the iPad will eventually get this 2048x1536 and even claims there are prototype iPads in Apple's campus with this exact resolution, but seems certain the next generation iPad will not be that iPad.

Meanwhile, Engadget editor Joshua Topolsky stands by his source that the next iPad will indeed have "super high resolution" screen, though makes no claim on the exact dimensions. Meanwhile, Gruber admits that it could be another resolution, but he doubts it:

I think that's unlikely for reasons pertaining to UI scaling math (the same reason that the iPhone display resolution didn't increase incrementally) - but it's worth noting that my sources only claim "no retina display", not that the resolution is unchanged. The "double or nothing" line is my opinion, not information from any source.

Both Gruber and Engadget have had a history of having accurate sources. For what it's worth, Kevin Rose also claimed that the next iPad will have a higher resolution screen, though will fall short of being a "Retina" display.