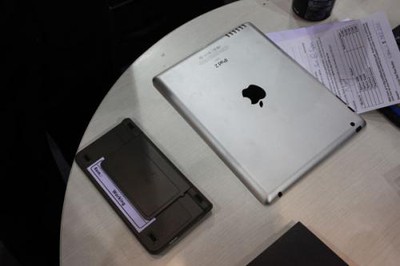 I have it on good authority that Apple will be announcing the iPad 2 in the next "3-4 weeks", possibly Tuesday February 1st. The iPad 2 will feature a retina display and front/back cameras.

In an update to the post, however, Rose notes that another source has indicated that while the display on the second-generation iPad will be of higher resolution than on the current models, it will not be a "Retina" display of the resolution seen on the iPhone 4 and fourth-generation iPod touch. A number of observers have noted that an iPad display at "Retina" pixel densities would be extremely difficult to achieve given the horsepower necessary to drive a display in the range of 2560 x 1920 pixels as would be required.

Rose has offered some accurate information over the years, most notably pinpointing a number of details of Apple's September 2008 iPod refresh. He has missed on several other predictions, however, suggesting that some caution should be taken with his most recent claims.

Rumors of a new iPad announcement come as Verizon is reportedly set to announce next Tuesday that it will begin offering the iPhone, with several reports pointing to an early February date for availability. It is unknown when the second-generation iPad would become available under the scenario of a February 1st introduction, although many observers assume it will be close to the late March-early April timeframe of the original iPad.