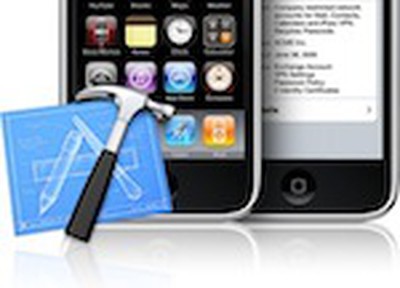 Apple Outsider's Matt Drance reports on another change made to Apple's iPhone developer terms earlier this week that should please certain developers, a change which allows game developers in particular to continue to use interpreted languages such as Lua in their App Store applications.

The change eases up on restrictions implemented along with Apple's more highly-publicized prohibition against Adobe's Flash-to-iPhone compiler as part of Apple's broader effort to keep third-party meta-platforms from eroding the user experience and stifling innovation as developers become reliant upon them to roll out support for new features introduced by Apple. Drance notes:

I've said before that Apple's aversion to interpreted code and external runtimes is the potential for someone else to take the platform over. That's not the whole story, though. Games in particular tend to use engines and libraries that leverage interpreted languages such as Lua. Many of these applications pose no threat, neither implicitly nor explicitly.

While explicit approval from Apple is still required, these new terms seem to acknowledge that there's a difference between an app that happens to have non-compiled code, and a meta-platform.

The change comes alongside Apple's further modifications of its iOS developer terms that again allow for limited analytics data collection to aid advertisers and developers, but appear to shut out non-independent companies such as Google's AdMob from receiving the data.

Thursday May 13, 2021 12:10 am PDT by Sami Fathi
Apple has fired Antonio García Martínez, an ex-Facebook product manager and author of the controversial book "Chaos Monkeys," following public and internal calls for removal and investigation due to past misogynistic statements, The Verge reports. Apple hired Martínez earlier this week to join its ads team, however, comments that Martínez made in the past sparked condemnation from users...
Read Full Article • 317 comments