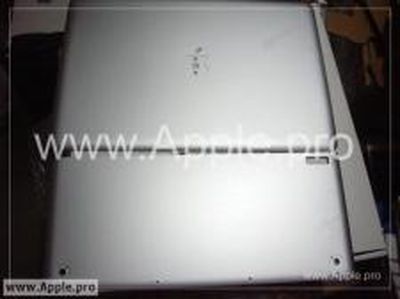 Apple will be holding a special media event on Tuesday, October 14th at 10AM Pacific in Cupertino, California.

Apple has made it clear that the event will focus on notebook computers. In addition, a leaked Apple support document confirms that "late 2008" MacBooks and MacBook Pros will be amongst the products announced. While there's been no definite word about MacBook Air updates, it seems reasonable to expect that MacBook Airs could also be updated to latest Intel processors.

Apple last updated both the MacBooks and MacBook Pros in February of this year. The MacBook update was a bit of a surprise as the product line had just been refreshed 5 months prior. Rumors suggested that this represented an interim update to keep the MacBook in line with the current Intel processors and that more substantial updates would come later in the year.

AppleInsider first reported in April that the new notebooks would see "major design changes" to bring it closer to the MacBook Air and iMac designs.

There have been a surprising number of case photo leaks from Taiwanese and Chinese sites over the past few months. The first leak from Apple.pro in July claimed to show a tapered MacBook Pro bottom and top. Though we were initially skeptical of the leak, AppleInsider has confirmed that it is legitimate. Apple.pro later posted photos of the top and bottom of the MacBook cases as well as a a video, though the authenticity of these images are still in doubt.

The most convincing leak came just days ago from MacX.cn. Case images of both MacBook and MacBook Pro were detailed from many different angles and are believed to be real. The images suggest that the MacBook will not include a Firewire port.

9to5Mac seems to be standing alone with these rumors, which have not been corroborated by any other sources. After weeks of speculation about the "brick" codename, 9to5Mac believes that this refers to the manufacturing process for the new notebooks. Other claims have included the use of a glass trackpad and the use of both plastic and aluminum to produce a two-tone appearance in the MacBook.

While 9to5Mac has had accuracy with iPod rumors in the past, they were somewhat misguided in their Rainbow iPod rumor.

Perhaps one of the most welcome changes to the Apple MacBook will be the rumored inclusion of NVIDIA chipsets and GPUs. The NVIDIA chipsets are said to provide a smaller footprint and significantly better graphics performance when compared to Intel's offerings.

- $800 Apple Laptop?
- Networked HDTV from Apple
- Blu Ray support from Kevin Rose, though we heard that Rose described his source as a "bad" one during the taping, so didn't offer much confidence in the possiblity
- One image later posted to the MacX.cn photo set depicts what the MacBook Pro would look like with a trackpad and keyboard in place. This is a confirmed Photoshop mockup and does not represent the actual product.
- While there have been reports of Best Buy part lists showing the same price points, we've been told that Best Buy has no knowledge of upcoming Apple products and insert these placeholders based on circulating rumors.
- PCPer.com: MacBook Air shown but not available until January 2009

Apparently, a new MacBook Air will be announced and shown at the event but it won't be available until January 2009. The MacBook and MacBook Pro will be available almost immediately.

We will provide links to live text and photo coverage of the event as it approaches. There is no live video stream available, but Apple will likely post a video online after the event. If you prefer to watch the video without prior knowledge of the announcements you can sign up for Spoiler Free coverage.

Saturday February 4, 2023 1:30 am PST by Hartley Charlton
Google's Chromium developers are working on an experimental web browser for iOS that would break Apple's browser engine restrictions, The Register reports. The experimental browser, which is being actively pursued by developers, uses Google's Blink engine. Yet if Google attempted to release it on the App Store, it would not pass Apple's App Review process. Apple's App Store rules dictate...
Read Full Article • 200 comments