With only four days until Apple's "notebook" media event, the rumor mill continues to ramp up.

9to5mac claims that the laptop pictured on Apple's event invitation does not represent the new MacBook. Instead, they believe that the new MacBook will retain an outer plastic design while incorporating an aluminum inner frame. They describe the final product as "two tone" and expect the new MacBook to come in black at a minimum.

Meanwhile, we're confused by the antics of taiwanese site Apple.pro. The site has been the source of multiple case images claiming to be the MacBook Pro and MacBook. The MacBook Pro casing was also "confirmed" to be real by AppleInsider. 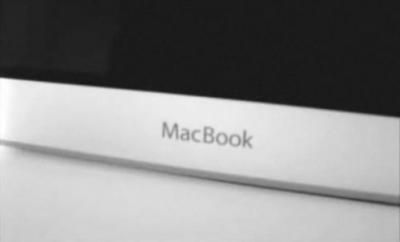 The site has now posted a video of what is claimed to be the new MacBook but looks identical to the current MacBook Air with the exception of the name ("MacBook") stamped on the bezel. In fact, the video doesn't even match up with photos they published two days ago which show a similar case, but with the power button in a different location. The video is being mirrored on YouTube video (via Adflow). Due to all these discrepancies, it's hard to accept that this video is legitimate.

All should be revealed on Tuesday, October 14th when Apple will be launching their new laptops at special media event.