Amid word that Apple TV+ could launch in November priced at $9.99/month, MacRumors has discovered additional tidbits within recent betas of macOS Catalina that offer further insight into how the service will work. 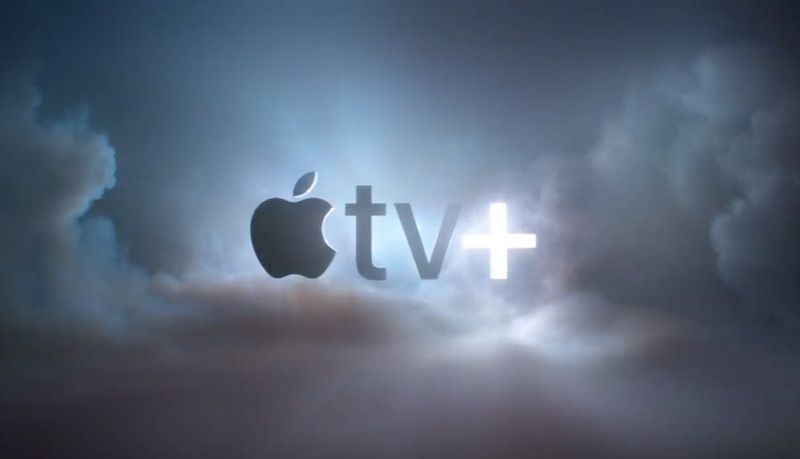 According to code strings found in ‌macOS Catalina‌, Apple will apparently allow videos to be downloaded for offline viewing, but with limitations on the total number of downloads, downloads per show or movie, or the total number of times a show or movie can be downloaded. For example, if a user tries to download the same video on multiple devices, the ‌Apple TV‌ app will inform them that "To download this episode of 'The Morning Show', delete it from another device and try again," for example.

It appears that simultaneous streams will also be limited on ‌Apple TV‌+ as with most streaming services, including Apple Music. If a user tries streaming on more than the allowed number of devices, they will be informed something along the lines of "To stream this movie, stop watching 'The Elephant Queen' on another device."

The different limits on downloading and streaming content could be based on the type of ‌Apple TV‌+ subscription, family sharing configuration, or registered devices.

Apple is reportedly spending up to $6 billion on original content for ‌Apple TV‌+, which will enter a crowded streaming video market apparently just as Disney launches its own service priced at $6.99 per month or $12.99 per month in a bundle with ESPN+ and ad-supported Hulu. Netflix and Amazon Prime are of course two of the other large players, and many other networks and media companies have already launched or will soon launch their own services.

Apple, Disney and others are coming.
Score: 9 Votes (Like | Disagree)

Apple, Disney and others are coming.

Not only are they coming, but a lot of these streaming competitors own content they will be pulling from Netflix -- that's the bigger problem.
Score: 9 Votes (Like | Disagree)

Stella
Soon it will cheaper to subscribe to cable again instead of subscribing to multiple streaming options.

Or, piracy will become more popular as subscribing to half a dozen streaming services to watch one or two shows on each becomes too expensive.
Score: 9 Votes (Like | Disagree)

Brenster
Just rewatched the trailer for The Morning Show with my wife & son on ATV, followed by the Snoopy, For All Mankind and the Storytellers trailers. Wife & I are in for TMS, all of us for Snoopy & For All Mankind (wife & I love Ron Moore's stuff going back to TNG & DS9). Son is already pinging me to ask when all this will be on and can we subscribe.

Looking forward on seeing what might be available re family sharing, and surely some limited downloading/offline viewing will be required for commuters, plane journeys and car trips etc.
Score: 7 Votes (Like | Disagree)

Apple, Disney and others are coming.

You are an unabashed crazy Apple supporter at times. Netflix should start worrying? Their shows are some of the only ones nominated for Emmy’s and to win. Not even Amazon or Hulu have reached their heights and they’ve been to market for years. At times Netflix has traded higher than Disney itself and is worth over $140b.
[doublepost=1566337486][/doublepost]Apple should have purchased Netflix IMO.
Score: 6 Votes (Like | Disagree)

now i see it
this all sounds like lots of fun and a stress free experience
Score: 5 Votes (Like | Disagree)
Read All Comments

Thursday April 2, 2020 4:06 pm PDT by Juli Clover
Apple's new low-cost iPhone is set to launch as early as Friday, April 3, according to a new report from 9to5Mac that cites a tip from a "highly trusted reader." The site says that while it can't be certain about the launch date, "Apple could reveal and begin taking orders for the new iPhone as soon as tomorrow." The iPhone 8 Apple is said to be planning to call the new iPhone, which is...
Read Full Article • 301 comments

Thursday April 2, 2020 7:53 am PDT by Joe Rossignol
Intel today announced the launch of its latest 10th-generation Core processors for high-end notebooks, potentially including the next 16-inch MacBook Pro. The batch of 45W chips, part of the Comet Lake family, are built on Intel's 14nm++ architecture. The new H-series chips have the same base clock speeds as the 9th-generation chips in the current 16-inch MacBook Pro, but Turbo Boost speeds...
Read Full Article • 205 comments

Friday April 3, 2020 3:58 am PDT by Tim Hardwick
Apple paid out $75,000 to a hacker for identifying multiple zero-day vulnerabilities in its software, some of which could be used to hijack the camera on a MacBook or an iPhone, according to Forbes. A zero-day vulnerability refers to a security hole in software that is unknown to the software developer and the public, although it may already be known by attackers who are quietly exploiting...
Read Full Article • 43 comments

Thursday April 2, 2020 8:10 pm PDT by Joe Rossignol
Another clue has surfaced to suggest that Apple's rumored lower-cost iPhone SE successor will likely be released soon. Earlier today, a product listing for a Belkin screen protector on Apple's online store was updated to reflect compatibility with not only the iPhone 7 and iPhone 8, but also the iPhone SE. Given the original iPhone SE was a 4-inch device, and the iPhone 7 and iPhone 8 are...
Read Full Article • 128 comments