The current model was introduced in March last year, adding the M1 chip, Center Stage on the front-facing camera, a faster USB-C port, and several new color options, but it was overall a minor upgrade over the previous model from September 2020. As we near a year since the iPad Air was refreshed, can we expect Apple to launch a new model this year? 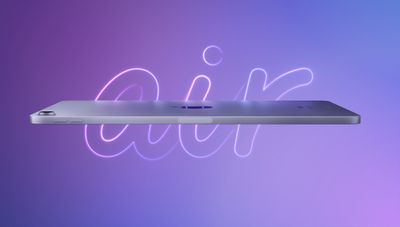 As of 2023, it has been some time since the ‌iPad Air‌ had a major hardware refresh. Yet due to its positioning between the entry-level iPad and the iPad Pro, it is not immediately clear what a new ‌iPad Air‌ model could gain without cannibalizing the ‌iPad Pro‌.

A horizontally oriented front-facing camera, the M2 chip, and a Thunderbolt port are among the potential features for the sixth-generation ‌iPad Air‌, but little is known about the device at this time. There have been no concrete rumors about the next-generation ‌iPad Air‌ as yet, but Bloomberg's Mark Gurman recently said that an update this year with a minor "spec bump" is not out of the question.

A new ‌iPad Air‌ launching this year is certainly more likely than a new ‌iPad Pro‌ emerging, but Apple historically has only updated the device around every two years. While a refresh to add the ‌M2‌ chip is possible in 2023, it may be more probable that Apple will again wait two years to update the device and target 2024 for a more worthwhile upgrade.

2023 appears to be shaping up to be a quiet year for ‌iPad‌ hardware refreshes, and while it is possible we could see some new models, the current picture suggests that new iPads this year are unlikely on the whole. 2024, on the other hand, is looking like it will be a much more significant year for the entire ‌iPad‌ lineup.