Apple usually releases a new entry-level iPad every year, so is the company still set to launch the 11th-generation ‌iPad‌ in 2023? 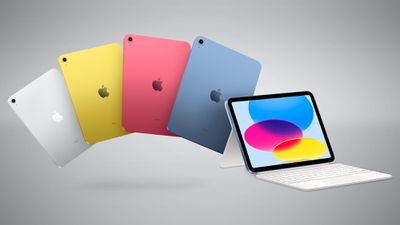 The entry-level ‌iPad‌ could, perhaps, also benefit from second-generation Apple Pencil support and a newer chip, but it is not immediately clear what else could justify offering a new version of the device this year. Since an 11th-generation ‌iPad‌ would be unlikely to have much new to offer over the 10th-generation model at the current time, a new model anytime soon seems unlikely. There have also been no concrete rumors about the new entry-level ‌iPad‌ as yet, but Bloomberg's Mark Gurman recently said that an update this year with a minor "spec bump" is not out of the question.

This year, Apple may be more likely to eliminate the ninth-generation ‌iPad‌ from the lineup and bump the 10th-generation model down in price, rather than release an 11th-generation model. Apple has launched a new entry-level ‌iPad‌ every year since 2017, so 2023 could be the first time in six years that the company neglects to do so.

2023 appears to be shaping up to be a quiet year for ‌iPad‌ hardware refreshes across the entire lineup, and while it is possible we could see some new models, the current picture suggests that new iPads this year are unlikely on the whole. 2024, on the other hand, is looking like it will be a much more significant year for the ‌iPad‌ lineup with a large number of new device launches.