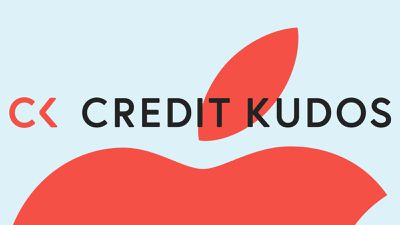 Credit Kudos offers insights and scores based on loan applications drawn from transaction and loan outcome banking data, sourced by the UK's open banking framework. The company's API offers lenders a way to get faster, automated decision-making about loans with reduced risk and higher rates of acceptance, according to its website.

The startup began raising funds in April 2020, obtaining $6.5 million in investment, and the company is reportedly now valued at around $150 million. Three people said to be close to the acquisition deal with Apple told The Block that it had concluded earlier this week. Credit Kudos's Website Terms of Use link now redirects to Apple's Terms of Use.

It is not clear what Apple has planned for Credit Kudos, but it is plausible that the company's technology could aid Apple with the launch of Apple Card in the UK. The UK is among Apple's most important markets, with the country possessing the largest number of Apple Stores outside the United States and China, and new features and services are often first to reach the UK after launching in the U.S.

Apple's main credit product, ‌Apple Card‌, is available exclusively in the United States, but Credit Kudos's technology is based on the UK's open banking framework. It is possible that Apple could modify Credit Kudos's technology to work with the U.S.'s growing open banking sector to strengthen ‌Apple Card‌'s credit checker, but Apple could also have UK-exclusive plans for the company.

Credit markets and financial regulation varies massively in countries around the world, so it would not be straightforward for Apple to launch ‌Apple Card‌ internationally. Apple would likely need to seek specific solutions to make lending decisions in each country, so it seems feasible that Credit Kudos could be the chosen credit checking platform for the UK. If that is the case, the launch of ‌Apple Card‌ in the UK could still be some time away as the company integrates the Credit Kudos platform with a new, international variant of ‌Apple Card‌.

Following the success of ‌Apple Card‌ in the U.S., it could make sense for Apple to expand into overseas markets. While visiting Germany in 2019, Apple CEO Tim Cook confirmed his interest in launching ‌Apple Card‌ internationally. In 2020, Samsung launched Samsung Pay Card in the UK, seemingly in an effort to establish a foothold in the region before Apple does.

Apple often acquires smaller businesses to bolster its technologies and expertise without obviously or immediately rolling it into a product or service. On the other hand, many acquisitions do go on to be key parts of Apple's ecosystem. In recent years, Apple has acquired businesses such as Shazam, a music recognition service, and Drive.ai, an autonomous vehicles company. Acquired apps such as Dark Sky and Workflow were folded into or became new Apple apps. Specialized classical music streaming service Primephonic is next to be integrated into existing Apple products, with a new classical Apple Music app set to launch this year.

macsorcery
Why not acquire a game development company and produce some mac games?
Score: 14 Votes (Like | Disagree)

Why not acquire a game development company and produce some mac games?

Because apple wants a revenue stream.
Score: 12 Votes (Like | Disagree)

19callum93
Praying to finally have access to Apple Cash in the UK! Great way to send cash via iMessage
Score: 10 Votes (Like | Disagree)

krspkbl
i hope they bring out the apple card in the UK.
Score: 7 Votes (Like | Disagree)

You are in fantasy land dreaming about fantasy gaming! I seriously doubt Apple will turn the Apple TV into a gaming console for the minority of users who want to use it as such. The ATV 4K already costs 3 to 4 times as much as most of its competitors's devices, if they turn it into a gaming console it will likely cost $600+, and the vast majority of us would then give a giant middle finger to Apple and switch over to Fire TV or Roku. Perhaps Apple will release a PS5 type of gaming console some day, although I doubt it, but it won't be a replacement to the ATV.
Score: 5 Votes (Like | Disagree)

Because apple wants a revenue stream.