Apple purchased Drive.ai, an autonomous driving startup based out of Mountain View, the company confirmed to Axios today.

Apple has hired dozens of Drive.ai engineers, and Drive.ai has ceased all operations over the course of the last few weeks. 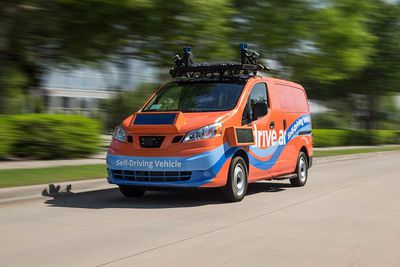 Rumors in early June suggested Apple was in the process of acquiring Drive.ai to boost its in-house development of a self-driving vehicle system.

The deal at the time was described as an acqui-hire, suggesting Apple was interested in the company for its employees rather than its technology.

Drive.ai was first founded in 2015 by a group of Stanford University students, and launched a self-driving shuttle service in select cities in Texas. The company ran into difficulties, however, and sought out a buyer, which turned out to be Apple.

There's no word on the purchase price, but Axios says Apple has taken on new hires in the areas of engineering and product design.

Rumors have suggested that as part of its self-driving car efforts, Apple is working on a self-driving campus shuttle service to drive employees between the company's various Bay Area offices.

Apple's Drive.ai acquisition confirms that work on the Apple Car project is still underway. Apple in February laid off 190 employees in its self-driving car division as part of a restructuring effort.

The Verge is trash. I’m much happier to read my Apple news here at Macrumors.
[doublepost=1561509198][/doublepost]

You must live in Europe. The US has a very coal-friendly baffoon in the White House. If anything, US production of coal will be ramping up in the near term.

Is it possible to talk about driverless car technology without bashing the president? Have we really gotten to the point where everything HAS to be political? Do you feel better now that you got that shot in and off your chest?
Score: 12 Votes (Like | Disagree)

With energy, neither the customer nor reason decides.
Deciding for or against technology is always political. Unfortunately. Especially a president does not wind out of responsibility, no matter if Dems or Reps.

The story about Apple buying a small, self driving start up warrants a shot at the President of the United States?

the problem i see with that is the fact is it still uses roughly 4X the electricity to generate that hydrogen, so at that point why do hydrogen in the 1st place the electric car is the more energy conscious option
Score: 2 Votes (Like | Disagree)

Tim has teamed up with Trump and Goldman Sachs, what makes you think he won't partner with oil companies?

Optimism ;-)
The belief in a better world does not always have to come from naivety.
On the contrary, this time there are simply technical facts, and this time the competition for efficient energy is decided anew in international competition.

Nations that rely on oil and coal will lose. Even guys like Trump are clear about that.
Score: 2 Votes (Like | Disagree)

JetTester
Politics aside, it won’t matter what Apple does, they are “doomed”.
Score: 2 Votes (Like | Disagree)

nitramluap
Here's a crazy idea... build a world where you don't need cars much at all. This obsession with cars - autonomous or otherwise - is not healthy.

I'd rather catch a nice train, with a driver up front with skin in the game.
Score: 2 Votes (Like | Disagree)
Read All Comments