Amazon today announced that its Elastic Compute Cloud (EC2) service is now offering a "preview" of M1 Mac mini instances in the Amazon Web Services (AWS) regions of U.S. East and U.S. West, with other regions to be available when the instances are fully released. 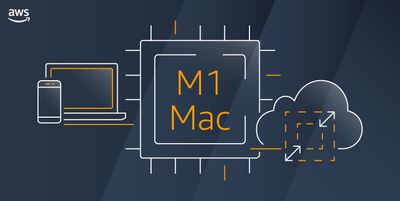 If you are a Mac developer and re-architecting your apps to natively support Macs with Apple silicon, you may now build and test your apps and take advantage of all the benefits of AWS. Developers building for iPhone, iPad, Apple Watch, and Apple TV will also benefit from faster builds. EC2 M1 Mac instances deliver up to 60% better price performance over the x86-based EC2 Mac instances for iPhone and Mac app build workloads.

More details are available on the Amazon Web Services website and there is also a sign-up form for the M1 Mac mini instances preview.

Isn't it still ridiculously priced though? Like you have to buy a full month and that costs more than buying a machine.

I am guessing you didn't read the linked page. You don't have to buy a full month - the minimum on-demand reservation length is a full day. At the quoted on-demand rate of $0.6498 per hour, that'd be $15.60.

performa_6400
This is pretty cool. The first time I ran a build on my M1 Max it went so fast I thought something had errored out, but it was perfect.
Score: 5 Votes (Like | Disagree)

You wrote "Apple fan would be happy"
Joke: fan is not used much with ARM so is always happy :)
Score: 4 Votes (Like | Disagree)

"
[HEADING=2]Sorry![/HEADING]
The link you followed leads to a url with an unsupported hostname.

Extremely unlikely. the vast bulk of Amazon/Microsoft (and other major players) cloud services all runs on top of Linux; not macOS. Apple silicon does very , very , very of anything uniquely significant in a cloud service workload based on Linux. Not even a vendor supported configuration ( Linux on Apple Silcion).

What Amazon is offering here is a niche service; not a bulk service. Most likely folks who might need 2-3 Minis who are already also using much larger number of Linux serves will just fire up a few add-ons in their space. It is incrementally more money for Amazon / Microsoft /etc. It is not their baseline.


So far Apple has provided no hardware to support the primary DPU/IPU/SmartNIC cards that are the core of the primary virtualiaation offerings these days for modern large scale shop. ( DPU -- data processing units (Mellanox/Nvidia and some others use the term) . iPU -- infrastructure processing units ( Intel term mainly so far) , SmartNIC -- most of the rest of the very high end data center NIC providers. ). If most of the data is stored on a virtualized network it pays to offload all of that into a separate system (usually on a card) to free up resources from the CPU. Similar with serveral other virtualization tasks ( virtual NVMe storage access, virtual network switch , etc. )

There is a ton of hand waving being done about how Apple has some cloud solution in the M-series SoC offerings. In general, they do not. The narrow corner case where they do is with macOS licensing for virtual hosting. For most part , Apple has geared the licensing so that it is general, "off the shelf" Macs that get rented out. ( not super custom , open compute style hardware ).

Eventually Apple's XCode Cloud will compete with what Amazon is doing here on the narrow macOS tasks (run macOS software ). But likely will be a more even playing field when all of the cloud services vendors are just offering Minis and "Mac Pro" racked up and rented per day.
Score: 2 Votes (Like | Disagree)

TheYayAreaLiving ?
This will open up so much for the AWS.
Score: 2 Votes (Like | Disagree)
Read All Comments