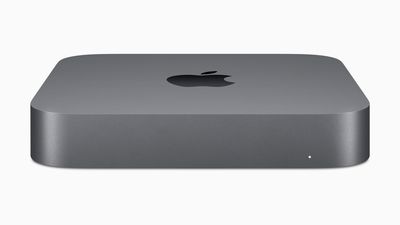 Amazon says that the new feature extends the flexibility, scalability, and cost benefits of AWS to all Apple developers as those creating apps for iPhone, iPad, Mac, Apple Watch, Apple TV, and Safari are able to provision and access macOS environments within seconds and take advantage of the pay-as-you-go pricing of AWS.

AWS customers are also able to consolidate development of cross-platform Apple, Windows, and Android apps onto AWS, and as with other Amazon EC2 instances, customers can use EC2 Mac instances with AWS services and features like Amazon Virtual Private Cloud, Amazon Elastic Block Storage, Amazon Machine Images, and more.

"Apple's thriving community of more than 28 million developers continues to create groundbreaking app experiences that delight customers around the world. With the launch of EC2 Mac instances, we're thrilled to make development for Apple's platforms accessible in new ways, and combine the performance and reliability of our world-class hardware with the scalability of AWS."

Amazon vice president of EC2 at AWS David Brown said that developers can focus on creating apps rather than managing infrastructure.

"Our customers tell us they would love to have their Apple build environment integrated with AWS services. With EC2 Mac instances, developers can now provision and access on-demand macOS compute environments in AWS for the first time ever, so they can focus on creating groundbreaking apps for Apple's industry-leading platforms, rather than procuring and managing the underlying infrastructure."

The new EC2 Mac instances are powered by Intel-based Mac mini machines with 3.2GHz processors and 32GB RAM, along with the AWS Nitro System for 10Gb/s VPC network bandwidth and 8Gb/s storage bandwidth.

EC2 Mac instances can be purchased On-Demand or with Savings Plans and are available now in the US East (Virginia), US East (Ohio), US West (Oregon), Europe (Ireland), and Asia Pacific (Singapore) regions.

Goldfrapp
I wish I were a developer to understand what the hell this even means
Score: 40 Votes (Like | Disagree)

colmmacc
Disclaimer: I work at AWS. There's some more details in Jeff Barr's blogpost about this launch ('https://aws.amazon.com/blogs/aws/new-use-mac-instances-to-build-test-macos-ios-ipados-tvos-and-watchos-apps/'), including that "EC2 Mac instances with the Apple M1 chip ('https://www.apple.com/mac/m1/') are already in the works, and planned for 2021".
Score: 20 Votes (Like | Disagree)

jjjlevin
This will be useful. Sort of surprised apple let it happen
Score: 8 Votes (Like | Disagree)

Amazon as a whole is an evil corporation that needs to be broken up. You are better off in the long run buying a used Mac mini and setting it up as a server.

Apples Apples Everywhere
I see Intel but maybe this is reason there is an M1-based Mac mini logic board with 10 gigabit Ethernet.
Score: 6 Votes (Like | Disagree)

joelhinch
Definitely explains the 10 Gbe variant of the logic board in Apples Systems that was leaked the other week. These will be used at Amazon for sure.
Score: 5 Votes (Like | Disagree)
Read All Comments

Monday February 14, 2022 2:09 am PST by Hartley Charlton
The Mac mini is set to get a significant overhaul, introducing the first major redesign to the popular desktop computer in almost 12 years. To form the new design, Apple appears to be looking to the first-generation Apple TV and the 24-inch iMac. Apple has been believed to be working on a new Mac mini for some time. Apple updated the entry-level Mac mini with the M1 chip in November 2020,...
Read Full Article