Following the launch of Apple's long-awaited 14-inch and 16-inch MacBook Pro, there are early signs that the company could discontinue the entry-level 13-inch model, which is starting to look like an outlier in the product lineup. 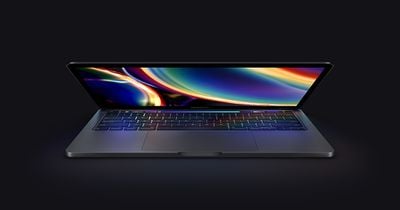 As our detailed buyer's guide shows, the MacBook Air and 13-inch MacBook Pro are very similar in terms of specifications. Both devices sport the same M1 processor, 13.3-inch display, Touch ID, and ports, as well as most other hardware features. The main differences are the display brightness, Touch Bar, microphone and speaker quality, two extra hours of battery life, and active cooling system, giving the 13-inch MacBook Pro a slight edge over the ‌MacBook Air‌.

Yet with its $1,299 price tag, many casual users may find it difficult to justify the additional $300 to get the MacBook Pro over the ‌MacBook Air‌. The two devices are broadly equivalent, with features such as display brightness and active cooling making little to no difference to day-to-day use.

While the Touch Bar may have served as a good reason to get the MacBook Pro in previous years, Apple removed the OLED strip from its latest MacBook Pros, seemingly indicating that the technology is set to be deprecated across the board.

The gap between the 13-inch MacBook Pro and ‌MacBook Air‌ looks like it will be narrowing even further next year with the launch of a redesigned MacBook Air. This device is rumored to be getting ‌MagSafe‌ 3, the M2 chip, a mini-LED display, full-size function keys, a 1080p webcam, and a new, slimmer design.

What is striking about these upgrades is that they would bring the ‌MacBook Air‌, which is usually cheaper than the MacBook Pro, much closer to the high-end MacBook Pro, leaving the entry-level MacBook Pro behind as a considerably inferior device.

In fact, there have been rumors suggesting that the next-generation ‌MacBook Air‌ could simply be branded as a "MacBook" next year. Naming the machine in this way could make even more sense if it existed as a mid-range Mac laptop in place of the current 13-inch MacBook Pro.

While there is no knowing Apple's exact plan for the 13-inch MacBook Pro at this time, the prospect of the device being discontinued in 2022 now appears to be a possibility.