Tesla CEO Elon Musk today said on Twitter that he once reached out to Apple CEO Tim Cook about the possibility of Apple acquiring Tesla, but Cook "refused to take the meeting." Musk says that he attempted to contact Apple during the "darkest days of the Model 3 program," offering Tesla for 1/10 of its value. 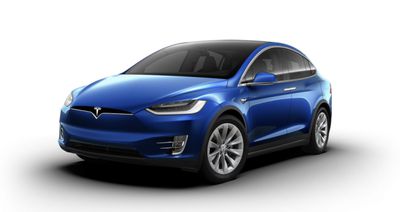 During the darkest days of the Model 3 program, I reached out to Tim Cook to discuss the possibility of Apple acquiring Tesla (for 1/10 of our current value). He refused to take the meeting. — Elon Musk (@elonmusk) December 22, 2020

According to Reuters, Apple is aiming to begin production on an Apple Car by 2024, using "next-level" battery technology that involves a "monocell" design that bulks up individual battery cells and frees up space inside the battery pack by removing pouches and modules that hold battery materials. Apple is also planning to use lithium iron phosphate battery technology.

Musk in a separate tweet said that the ‌Apple Car‌ rumors are "strange if true" and that a monocell design is "electrochemically impossible."

Strange, if true. - Tesla already uses iron-phosphate for medium range cars made in our Shanghai factory. - A monocell is electrochemically impossible, as max voltage is ~100X too low. Maybe they meant cells bonded together, like our structural battery pack? — Elon Musk (@elonmusk) December 22, 2020

There have been rumors that Apple once considered a purchase of Tesla and made a "serious bid" of $240 per share back in 2013, but given Musk's comments, that may not be accurate.

Apple and Tesla have been at odds since Apple started working on the ‌Apple Car‌ project and have notoriously poached employees from one another. In 2015, in fact, Musk said that he calls Apple the "Tesla Graveyard." "If you don't make it at Tesla, you go work at Apple," he said.

If and when Apple does start manufacturing a car aimed at consumers, Tesla and Apple will be direct competitors. That could happen as early as 2024 or 2025 if Apple's work on an ‌Apple Car‌ stays on track.

nikster0029
Tim Cook is great at supply chain logistics (not this year), but also not that great when it comes to thinking outside the box
Score: 41 Votes (Like | Disagree)

And how is this a blunder? Apple is far wealthier than Tesla. Just because Telsa reaches out Apple to purchase the company doesn't mean Apple has to do it. Apple doesn't need Tesla to build cars.
Score: 36 Votes (Like | Disagree)

Nope. Smart move by Tim. Cash burning Tesla who’s only profit is related to selling electric vehicle credits to other auto companies which will go away. Stock price is irrational exuberance and does not correctly value Tesla fundamentals.
Score: 24 Votes (Like | Disagree)
Read All Comments

Thursday September 29, 2022 12:38 pm PDT by Juli Clover
Tony Blevins, Apple's vice president of procurement, is set to depart the company after he made a crude comment about his profession in a recent TikTok video, reports Bloomberg. Blevins was in a video by TikTok creator Daniel Mac, who was doing a series on the jobs of people he spotted with expensive cars. After seeing Blevins in an expensive Mercedes-Benz SLR McLaren, Mac asked Blevins what ...
Read Full Article • 574 comments