Microsoft's executive vice president of gaming, Phil Spencer, has discussed Xbox's approach to Apple Arcade, App Store fees, and game streaming on iOS via Safari in a new interview with The Verge. 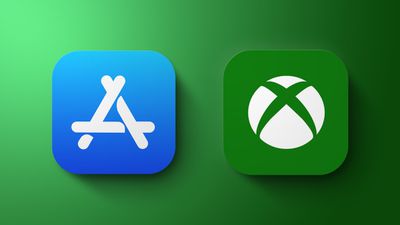 Earlier this year, Microsoft elected to withhold the launch of its Xbox games streaming service on iOS after it became clear that the project was no longer viable due to Apple's ‌App Store‌ restrictions. Eventually, Microsoft resolved to bypass Apple's restrictions by developing a browser-based solution.

When asked about the state of dialogue between Microsoft and Apple when it comes to game streaming, Spencer assured that Apple "remains open to the user experience we would like people to see." He explained that using a browser-based solution is simpler than a dedicated app in the long-term and it offers access to more devices:

But we have this avenue of a browser that works for us that we will go and build out, which gives us access, frankly, to a lot of devices.

If the device is capable of running a capable web browser, we're going to be able to bring games to it, which is pretty cool. You'll be able to bring all of your saved games and your friends and everything comes with you. It's just Xbox on this new screen with the games. Apple does remain open in the conversations that we have on this topic.

Moreover, Spencer expressed understanding for Apple's position on ‌App Store‌ restrictions and attributes it to ‌Apple Arcade‌ as a competing subscription service:

I can understand their perspective from their position. I don't say I agree with it, but they have a competitive product in Apple Arcade that is competitive with Xbox Game Pass. I'm sure they like having Apple Arcade as the only game content subscription on their phone. We want access to at-scale compute devices that we think should have open access to services customers want.

Spencer drew a specific comparison between Xbox Game Pass and ‌Apple Arcade‌ in terms of motivations, suggesting that both platforms have the same objective of prioritizing a player's engagement time, rather than catalog size.

I will say, and this is a healthy thing for Game Pass — it's true, it sounds like, of Apple Arcade as well — the number one metric that we see that drives success of Game Pass is hours played. It's not catalog size.

He also conveyed a willingness to cooperate with Apple on wider issues such as safety and security:

We're willing to work with them on safety and other things that people have come up with. We run a platform that takes safety and security very carefully. It is very important to us on Xbox, so that topic is not something that's foreign to us.

Spencer was directly asked if he believes Apple purposefully limits the capabilities of Safari in order to push developers to use its ‌App Store‌ and system of fees, but he said that "we have not seen that to date, just like we haven't on Chrome."

Interestingly, Spencer remarked that he believes comparisons between Apple's ‌App Store‌ fees and Xbox's fee structure are unfair due to the nature of their different devices:

If I can put Game Pass on iOS… if you just look at the scale, there are a billion mobile phones on the planet. Those are general compute platforms. A game console does one thing really; it plays video games. It's sold, for us, at a loss. Then you make money back by selling content and services on top. The model is just very, very different from something [on] the scale of Windows, or iOS, or Android.

I think there are 200 million game consoles that are sold in a generation across all of our platforms. That's less than a year of phone sales. It's just not even close.

Microsoft is still developing its browser-based Game Pass streaming solution for iOS and it has recently added device-to-device streaming from an Xbox to iOS and iPadOS devices over Wi-Fi.

The extensive interview also covered a range of other topics, such as the experience of working for Microsoft over the years, Xbox's process for naming its products, and the gaming community, as well as creating a safe environment for gamers.

Read or listen to the full interview at The Verge for more information.

btrach144
Comparing Apple Arcade with games that have no depth vs full blown console games. LOL

But do you think Microsoft has a compatible browser? ?

and on iOS it’s basically just safari due to apples rules.
Score: 15 Votes (Like | Disagree)

Your post makes no sense. Aside from the fact that Apple does not prevent competing browsers on iOS, you stated that Edge does run on iOS before stating only Safari is allowed.

Competing browsers can't use their own rendering engine. They are using Safari - I think that is what he is referring to.
Score: 9 Votes (Like | Disagree)

Your post makes no sense. Aside from the fact that Apple does not prevent competing browsers on iOS, you stated that Edge does run on iOS before stating only Safari is allowed.

You can put another browser on iOS, yes, but Apple requires that it run WebKit under the surface rather than the developer’s own engine. So, Firefox, Chrome, etc., on iOS are largely the same as Safari (from a web developer’s standpoint), but with different bookmarks and syncing and window dressing. Closer to a re-theme than a different browser.
Score: 7 Votes (Like | Disagree)

rjp1
Imagine where Apple would be right now if Microsoft had used this level of control over apps on Windows versus letting people run whatever apps they wanted to on their own computer. What if Apple weren't allowed to make iTunes for Windows, but instead had to try to make it as a web app? I'm guessing this website wouldn't exist and Apple would be long gone.

Edit - and if Microsoft had taken 1/3 of all iTunes sales!
Score: 6 Votes (Like | Disagree)

Bytor65
Tad hypocritical to call Apple walled garden bad because it's bigger. If governments step in dismantle walled gardens, then it should include consoles like Xbox.
Score: 6 Votes (Like | Disagree)
Read All Comments