Apple has a number of products in the works that are set to debut this fall, and this evening, Bloomberg's Mark Gurman and Debby Wu shared details on Apple's launch plans, reiterating many of the rumors that we've previously heard about the upcoming product lineup. 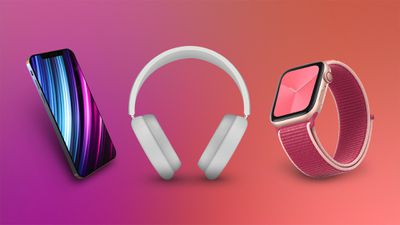 There are four new iPhones in the works in 5.4, 6.1, and 6.7-inch sizes, with Apple planning to stagger the iPhone launches. The two lower-end 5.4 and 6.1-inch devices are expected to ship out ahead of the Pro devices, and the 2020 launch timeline is set to be the latest relase since the ‌iPhone‌ X came out in November 2017.

Bloomberg confirms design rumors that have indicated the 2020 iPhones will feature iPad Pro-style squared edges and a new dark blue color option for the Pro models, which will replace midnight green. Pro models will feature stainless steel edges while standard models will use aluminum, similar to the current ‌iPhone‌ lineup.

As for LiDAR, "at least" the largest of the Pro phones will get the same LiDAR Scanner that was built into the 2020 iPad Pro models. Apple employees have told Bloomberg that the 6.7-inch display of the largest ‌iPhone‌ is one of this year's "most notable improvements," and a few testers have found 5G disappointing with the current 5G networks "not improving connection speeds much."

Apple is preparing to build 75 million 5G iPhones, which Bloomberg says suggests demand for the ‌iPhone‌ is "holding up" despite the ongoing public health crisis. Apple anticipates shipments of the iPhone 12 lineup could hit 80 million units in 2020.

As for other fall launch products, Apple is working on an iPad Air with an edge-to-edge ‌iPad‌ Pro-style display, and though not mentioned by Bloomberg, prior rumors have suggested it will either feature under-display Touch ID or a ‌Touch ID‌ power button and a 10.8-inch display.

Other products coming this fall include two new Apple Watch versions (Series 6 and a new replacement for the Series 3 that will serve as a low-cost option), over-ear headphones that prior rumors have suggested will be called the AirPods Studio, and a smaller, more affordable HomePod. Past rumors have indicated that the Apple Watch models will feature blood oxygen monitoring, but Bloomberg does not confirm or deny the rumor.

AirTags are in the works with no information on a launch timeline, and while Apple is developing a new Apple TV with a faster processor and upgraded remote control, Bloomberg believes it might not ship until 2021. The remote is expected to come with a new feature similar to Find My for locating the remote when it's lost inside the house.

There are no specific launch details included in the report beyond the mention of the staggered ‌iPhone‌ release, so it's still unclear when we can expect to start seeing new devices from Apple. Leaker Jon Prosser said that we can expect iPads and Apple Watch models to launch as soon as next week, while Japanese site Mac Otakara today said that Apple will unveil the iPhones, ‌AirTags‌, and new Apple Watch models at an October event. Both Prosser and ‌Mac Otakara‌ have mixed track records when it comes to rumors.

Caliber26
There are way too many things launching this fall and I still haven’t found a sugar daddy. :(
Score: 24 Votes (Like | Disagree)

What is wrong with Apple always recycling/milking ancient designs these days. First, the iPad lineup, and now the AW lineup as well. Back in Steve Job's days (and even only a few years ago), apple would just lower the price of existing models while pushing forward with revolutionary designs. Now everything is just stagnating and being recycled, re-introduced at different price points, some features cut/modified for the price..... URGH it is an absolute mess and innovation is not applied to new products fast enough

So they should reduce the price and sell old devices that will get obsolete in some years? Apple is recycling designs, but using new chips to give them more longevity without increasing the price. The new strategy is a lot better for the consumer.
Score: 10 Votes (Like | Disagree)

Winstonp
can we please get TouchID back? That's all I want. FaceID was great pre-covid but now it's as useful as a telegraph.
Score: 8 Votes (Like | Disagree)

Anson_431
News of the day: You need to drink water to survive! :D

I really hope the new Apple Watch launches next week! I've been waiting to get one since April! Plus most of the current models are out of stock at the moment.

out of stock you say. That is a clear sign for new models showing up very soon. Yay
Score: 6 Votes (Like | Disagree)

An Apple Watch “SE” would be cool.
Score: 6 Votes (Like | Disagree)
Read All Comments