Apple's beta train kept on rolling this week with the third beta versions of all of the major operating system updates coming later this year. The new beta of iOS 14 includes some interesting tweaks like a new color theme for the Music app icon, new informational pop-ups for some of the new features, a new clock widget, and more.

Subscribe to the MacRumors YouTube channel for more videos.
In other news, we heard some more rumors about the upcoming iPhone 12 lineup, the potential for some new hardware that's "ready to ship," and the possibility of Face ID coming to Macs in the future.

Read on below and check out our video above for more of this week's biggest stories.

Apple is continuing its cycle of beta releases for its next major operating system updates, and this week saw the third set of developer betas for iOS 14, macOS Big Sur, watchOS 7, and tvOS 14.

The third beta of iOS 14 features some interesting changes, including a striking one that sees the Music app icon changed back to a red and white color theme from the white and multicolor one seen since Apple Music launched in iOS 8.4.

Make sure to click through to check out our overview of everything new we've found in the third beta, and if you're a member of the public beta program, there's an equivalent iOS 14 update now available for you.

5G is the big buzzword for smartphone technology these days, and there are two flavors of it: mmWave 5G that delivers the fastest speeds but has short range and is only suitable for dense urban environments, and sub-6GHz 5G that isn't quite as fast but offers much broader coverage.

Apple's iPhone 12 lineup launching later this year is said to be including support for both 5G technologies, but a new report says that in 2021 Apple may introduce some iPhone models that only support one of the technologies, depending on which one is most prevalent in specific markets.

In other iPhone 12 news, we've once again heard that the new models may not be available until the October/November timeframe, we've seen a new battery leak that might shed some more light on the capacities for each iPhone 12 model, and we've seen some new photos of a white braided Lightning to USB-C cable that could come with the iPhone 12.

WWDC came and went without any significant new hardware launches, but a frequent leaker has cryptically claimed that some new products are "ready to ship."

We don't know exactly what products these are, but we've been waiting on an update for the iMac, and there have been other rumors of a refreshed Apple TV being ready to go. Other product rumors floating around have included a smaller, cheaper HomePod, new over-ear headphones, and AirTags item trackers.

macOS Big Sur is a major update for Apple's Mac platform, and it brings not only a host of new and updated features, but also a design overhaul.

In one of our most recent videos, we took a look at some of our favorite features in Big Sur, including the new Control Center, a revamped Notification Center, updates for Safari, Messages improvements, and more.

Apple's Face ID feature that allows a device to be unlocked with a facial scan is limited to the iPhone and the iPad at the current time, but code found in the latest macOS Big Sur beta suggests that Face ID may come to Macs in the future.

References to a "PearlCamera" function that matches the "Pearl" codename of Face ID for iOS devices have been discovered, including mentions of "FaceDetect" and "BioCapture" that strongly hint at Face ID coming to the Mac.

There no word yet on when Face ID might make its debut on the Mac, but we'll likely hear more as work on the feature progresses.

2022 is a long way off, but Apple is already looking far ahead with its iPhone roadmap, and a new report from noted analyst Ming-Chi Kuo claims that Apple is working to find suppliers that can provide periscope telephoto camera lenses for those phones.

Periscope lenses typically use prisms or mirrors to refract light onto the lens sensor for improved optical magnification within the constraints of a thin smartphone body. A few manufacturers like Samsung and Huawei are aggressively pursuing periscope lenses in their phones, and it looks like Apple is working on its own implementation.

While we've heard lots of tidbits about Apple's augmented/virtual reality headset projects, we still don't have a detailed picture of what the products will ultimately look like and how they will function.

A newly published patent application reveals, however, that Apple has been looking at how it could turn everyday surfaces into virtual touch interfaces. Apple proposes that icons and buttons could be projected in AR onto a table, for example, where the user could reach out and interact with them. Apple's patent suggests that infrared heat sensing could be used to determine where on the surface the user has touched.

A separate patent application describes how a future Apple Pencil might include a color sensor that would let it sample colors from the real world that could then be transmitted to a paired device such as an iPad. The feature would be great for art-focused applications, making it easier to capture accurate colors of real-world objects.

The phone icon looks like it should be attached to a rotary dial. What would a modern voice call icon look like? I don't know.

Lestdog
Red music icon will make Apple Music so much easier to use. Now where did that album go again?
Score: 2 Votes (Like | Disagree)

Red music icon will make Apple Music so much easier to use. Now where did that album go again?

Why don’t you save your complaint until iOS 14 is released? For all you know, Apple is working on the very problem you mentioned. Changing an icon doesn’t mean other work isn‘t going on.

Your cheap shot at Apple missed the mark.
Score: 2 Votes (Like | Disagree)

Whoever created this mockup is seriously getting my hopes high on a potential iMac redesign!

If I was in the market for a new iMac, that potential look would definitely have me eager for release.
Score: 1 Votes (Like | Disagree)

ElectricPotato
The phone icon looks like it should be attached to a rotary dial. What would a modern voice call icon look like? I don't know.
Score: 1 Votes (Like | Disagree) 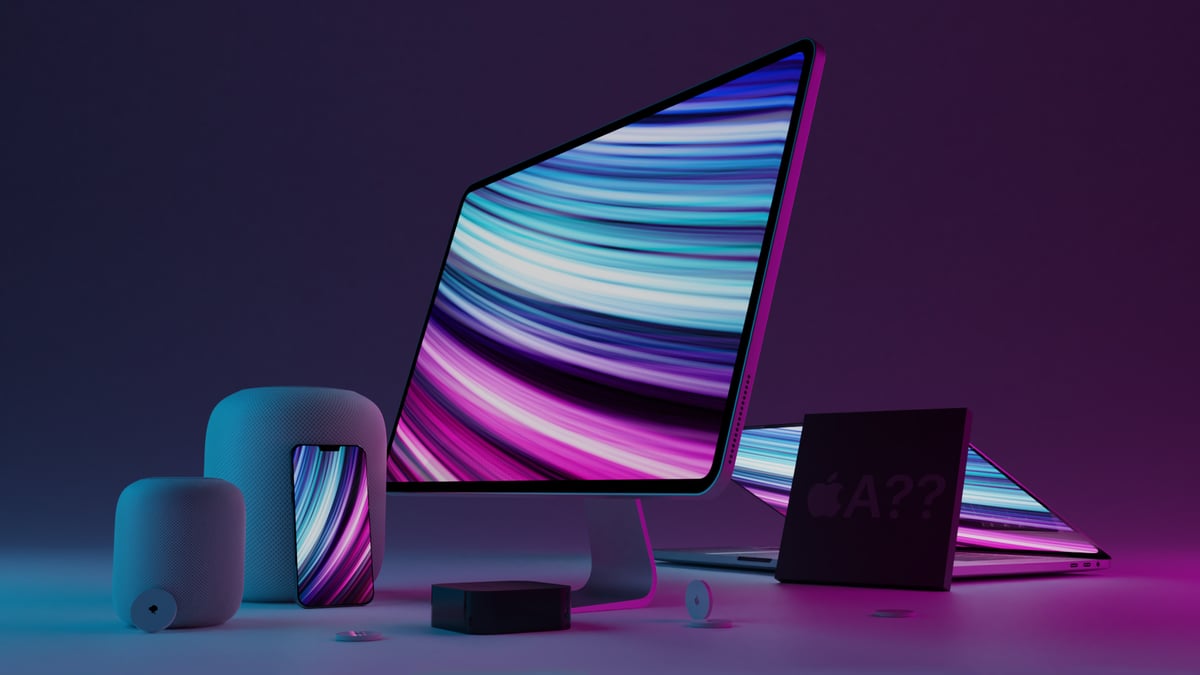 Whoever created this mockup is seriously getting my hopes high on a potential iMac redesign!
Score: 1 Votes (Like | Disagree)
Read All Comments

Monday January 24, 2022 9:20 am PST by Juli Clover
AT&T today announced the launch of upgraded AT&T Fiber plans, which support speeds of up to 5 Gigabits for some customers. There are two separate plans, one "2 GIG" plan and one "5 GIG" plan, available to new and existing AT&T Fiber subscribers. According to AT&T, the new plans are available to nearly 5.2 million customers across 70 metro areas including Los Angeles, Atlanta, Chicago, San...
Read Full Article • 214 comments

Monday January 24, 2022 7:12 am PST by Sami Fathi
Three months after their launch, the 14-inch and 16-inch MacBook Pros continue to experience high demand and seemingly short supply, with shipping dates for both models stretching into multiple weeks in several of Apple's key markets. In the United States, the baseline 14-inch MacBook Pro with the M1 Pro chip is estimated to ship in three to four weeks, promising an arrival by at least...
Read Full Article • 183 comments