Periscope Lens: What is it? And When Will Apple Use One in iPhone?

At least one of the iPhone models that's coming in 2023 will feature a "periscope" lens, according to information shared by Apple analyst Ming-Chi Kuo, who often provides accurate insight into Apple's plans. 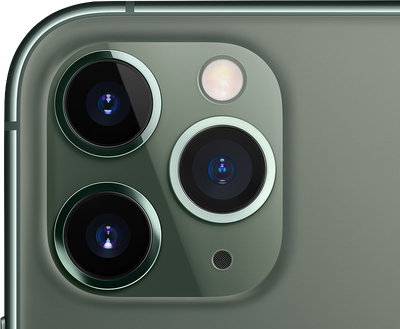 Periscope lens technology is already built into some smartphones on the market, giving us an idea of what we can expect from the ‌iPhone‌ feature when it launches. A periscope lens offers optical zoom capabilities not otherwise possible in a smartphone camera, allowing for 5x or even 10x optical zoom.

The maximum zoom range for ‌iPhone‌ models at the current time is 3x, but that's set to change when periscope lens technology comes out.

How a Periscope Lens Works

It's not clear how Apple plans to implement a periscope lens, but in general, the technology uses a prism or mirror to refract light onto the lens sensor for magnification purposes, with the mechanics of the lens built into the inside of the smartphone instead of the outside like a traditional zoom lens for a DSLR.

The ‌iPhone‌'s telephoto lens is limited to 3x optical zoom, but digital zoom is available up to 10x. Optical zoom capabilities use the lens to capture a close-up image, so pictures taken with optical zoom remain crisp and clear.

Digital zoom is basically cropping in to an image taken with a wider-angle lens, resulting in blurriness and artifacts that often make the photo undesirable due to the lack of detail.

The periscope lens would likely be limited to the telephoto camera, as this technology works best in a single lens situation. So you'd have a single camera that can zoom in super far alongside other more standard wide-angle and ultra wide-angle cameras.

Huawei has come out with the P30 Pro, which also offers 5x true optical zoom and 10x hybrid optical zoom, and the company is rumored to be working on a P40 Pro that has even more advanced true 10x optical zoom capabilities..

Huawei P30 Pro 10x hybrid optical zoom via DxOMark
Samsung calls the zoom functionality in its smartphones "Space Zoom" and it enables up to 100x digital zoom. The periscope lens itself uses a folded 4x telephoto lens combined with a 48-megapixel sensor, which can swap between 4x and 10x zoom. Samsung's zoom feature is technically a hybrid option because it uses some sensor cropping for the 10x zoom.

The 100x zoom capability uses digital zooming technology that we thought worked quite well up to 30x, but is not particularly useful at 100x. Apple, like Samsung, could combine digital zoom with optical zoom for a similar effect.

So far, periscope zoom lenses in smartphones that are truly 10x are available in limited quantities, but the technology is certainly on the verge of expanding and should be even more advanced by the time Apple is ready to build it into a smartphone in 2023.

According to Kuo, Apple will implement 6x optical zoom technology when it adopts periscope lenses.

Apple has patented technology related to periscoping smartphone camera lenses, so this is certainly something the company has experimented with and considered.

A 2016 patent, for example, describes a folded telephoto camera lens system that includes multiple lenses with refractive power and a light path folding element in the form of a mirror.

According to the description included in the patent, light would be channeled into the camera through a primary lens, bounced off of the included mirror in the smartphone, and then would be sent to a secondary lens that moves up and down for the purpose of zooming in.

Have questions about this guide, want to offer feedback, or know of something that we left out? Send us an email here.

Tuesday January 17, 2023 2:34 am PST by Tim Hardwick
The iPhone 15 Pro Max will be the sole Apple smartphone of 2023 to get a periscope camera lens and benefit from greatly enhanced optical zoom, with the hardware only set to become a feature of both Pro models next year, claims a new Korean report. According to The Elec, Apple intends a "Folded Zoom" periscope telephoto lens to be an exclusive feature in the iPhone 15 Pro Max this year,...
Read Full Article • 84 comments

Thursday July 14, 2022 3:27 am PDT by Tim Hardwick
The iPhone 15 Pro Max will be the sole Apple smartphone of 2023 to get a periscope camera lens and benefit from greatly enhanced optical zoom, according to analyst Ming-Chi Kuo. Rumors about the iPhone getting a periscope lens have been circulating since early 2020, when Kuo first mentioned the possibility. The analyst initially said that a periscope lens would be an iPhone 14 Pro feature,...
Read Full Article • 105 comments

Monday January 3, 2022 7:51 am PST by Joe Rossignol
At least one iPhone 15 model launched in 2023 will feature a periscope camera system, allowing for increased optical zoom, according to analyst Jeff Pu. With a periscope system, light entering the telephoto lens on the back of the iPhone would be reflected by an angled mirror towards the camera's image sensor. The change in direction in which the light travels would allow for Apple to fit a...
Read Full Article • 104 comments

Monday December 20, 2021 6:36 am PST by Joe Rossignol
Apple plans to add a 48-megapixel camera lens to the iPhone next year, followed by a periscope lens in 2023, according to analyst Ming-Chi Kuo. In a research note today with TF International Securities, obtained by MacRumors, Kuo said these iPhone camera upgrades over the next two years will help to boost Taiwanese manufacturer Largan Precision's market share, revenue, and profit. Kuo did ...
Read Full Article • 102 comments

Thursday September 2, 2021 3:27 am PDT by Tim Hardwick
Apple hopes to circumvent Samsung in the supply of components for a "folded" telephoto lens for 2023 iPhones, according to unnamed sources cited by Korean website The Elec. The report claims Apple has approached Jahwa Electronics, which is part of Samsung's supply chain, to supply an optical image stabilization module for the camera. Jahwa co-developed the technology with Samsung, which...
Read Full Article • 49 comments

Monday March 8, 2021 10:08 pm PST by Juli Clover
Apple's iPhones will adopt a "periscopic telephoto lens" in 2023, according to a research note shared this evening by well-respected TF Securities analyst Ming-Chi Kuo. Kuo did not elaborate, but we've heard several prior rumors about Apple's work on a periscope lens, which would allow for significant improvements in optical zoom capabilities. Kuo previously said that he expected Apple to...
Read Full Article • 125 comments

Rumors Persist of 2022 iPhones With Periscope Lens, Could Allow Up to 10x Zoom Without Blurriness

Monday December 7, 2020 7:07 am PST by Joe Rossignol
Apple may use components made by Samsung for a "folded" telephoto lens on at least some iPhone models released in 2022, allowing for significantly increased optical zoom, according to unnamed sources cited by Korean website The Elec. The report claims that Samsung's Electro-Mechanics subsidiary would supply components such as actuators and lenses to LG, which in turn would use the components ...
Read Full Article • 74 comments

Wednesday July 22, 2020 12:52 am PDT by MacRumors Staff
Apple analyst Ming Chi Kuo today released a new report detailing his research on which lens suppliers will begin providing parts for Apple in the coming years. We predict that Semco, the best Korean lens supplier, and Sunny Optical, the best Chinese lens supplier, will enter the Apple lens supply chain in 2H20 and 2021, respectively.The new suppliers are said to hurt the revenue of Genius...
Read Full Article • 99 comments