MySmartPrice has unearthed another certification for an Apple battery possibly destined for an iPhone 12 model, although its 2,815mAh capacity requires a revised prediction for the various capacities of Apple's forthcoming devices. 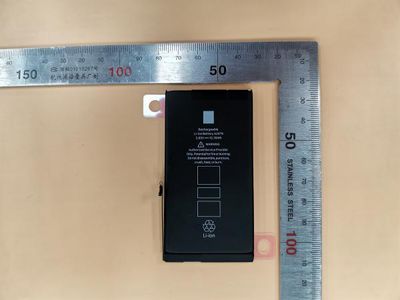 Image of the new battery capacity, purportedly for '‌iPhone 12‌' (via MySmartPrice)
Apple is expected to release four iPhones this fall, including one 5.4-inch model, two 6.1-inch models, and one 6.7-inch model. As a refresher, based on earlier certifications, MySmartPrice previously interpreted the capacities of Apple's ‌‌iPhone 12‌‌ models in the following manner:

This list assumed the ‌iPhone 12‌‌ Max and ‌higher-end ‌‌iPhone 12‌‌ Pro would share the same 2,775mAh battery. However, today's finding on the certification platforms C3 and Safety Korea suggests the higher-end "Pro" variant of the two 6.1-inch models could get a more capacious 2,815mAh battery (model number A2479) to power its extra features.

Without corroboration from other sources, the battery capacities for the different models remains pure speculation. But as we noted in a previous report, these capacities are lower than the batteries found in the current iPhone 11 lineup – indeed, the ‌iPhone 11 Pro Max‌ has the largest battery life of any ‌iPhone‌ ever, lasting up to five hours longer than the ‌‌iPhone‌ XS‌ Max per charge.

Assuming these models are destined for ‌iPhone 12‌, this could be either due to better energy efficiency in Apple's next-generation A14 chip, or because of internal space constraints. All four upcoming devices are expected to debut in the fall and, based on rumors, will have OLED displays, 5G support, a new ‌‌iPhone‌‌ 4-like metal frame, up to 6GB of RAM, up to triple-lens rear cameras with 3D sensing, and more.

Assuming these leaks are correct, how much difference does that extra 40mAh make? Does it add a substantial amount of time?

Ehhh.... Sure! It will give me a few extra minutes to accomplish my ever so important ”Pro” tasks on my “Pro” phone, i.e, constantly Checking Macrumors and Instagram. Maybe I’ll even write a novel. It is a “Pro” after all!
Score: 7 Votes (Like | Disagree)

Believe me I know how confusing it is, I had to think twice before writing that

The naming scheme is ridiculous and doesn't make any sense any more. I don't understand why Apple didn't stick to the "Plus" term to designate a bigger version. "Max" literally means the maximum you can get which in this case is two different sizes depending on the version. Not that other phone makers use better terminology of course.
Score: 3 Votes (Like | Disagree)

Believe me I know how confusing it is, I had to think twice before writing that
Score: 3 Votes (Like | Disagree)

Caliber26
Assuming these leaks are correct, how much difference does that extra 40mAh make? Does it add a substantial amount of time?
Score: 2 Votes (Like | Disagree)

Believe me I know how confusing it is, I had to think twice before writing that

Thanks! Corrected that.
Score: 2 Votes (Like | Disagree)
Read All Comments