While it seems hard to believe, it has already been nearly a month since the WWDC 2020 keynote, where Apple unveiled its latest software updates and confirmed that it will be transitioning to Macs with custom-designed processors. A last-minute rumor suggested that Apple also planned to unveil a redesigned iMac with thinner bezels at the event, but there ended up being no hardware refreshes. 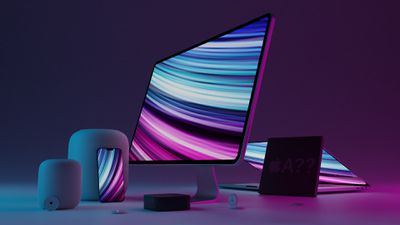 The wait for new hardware could soon be over, however, as proven leaker "L0vetodream" has suggested that Apple has at least some new products "ready to ship." As usual, the tweet was rather cryptic, providing no further details.

The same Twitter account has revealed several accurate details about upcoming Apple hardware and software, including the launch timing of new iPhone SE and iPad Pro models earlier this year, the marketing name macOS Big Sur, the hand washing feature in watchOS 7, the handwriting-to-text feature Scribble in iPadOS 14, and much more.

It's unclear which Apple products could be imminent, but the iMac is a strong candidate. Last month, analyst Ming-Chi Kuo said that Apple plans to refresh its existing Intel-based iMac in the third quarter of 2020, which runs through late September, prior to launching an iMac with Apple Silicon later this year. It is unclear if the Intel-based iMac refresh would include a redesign, or if that would be saved for the Apple Silicon model.

We're also still waiting for Apple's rumored AirTags items trackers, which would compete with Tile. MacRumors leaked several details about AirTags last year, but we haven't heard much on this front since Apple accidentally leaked the AirTags name in a support video back in April. It remains unclear if and when Apple will release the accessory.

Apple is also rumored to be planning high-end, over-ear headphones for release this year, but again, an exact timeframe remains unclear.

A new Apple TV is certainly overdue, with the box having last been updated in September 2017. We've heard rumors about a new Apple TV with an A12 chip or later for awhile now, but no announcement has transpired.

As for the HomePod, rumors have suggested that Apple is working on a smaller, lower-priced model for release this year. There has been some signs that a new HomePod could be on the horizon, such as inventory running low at times and Best Buy repeatedly offering the speaker on sale for $199.99, but there is still no word on a specific release date.

iPhone and lower-end iPad refreshes are not expected until the fall, followed by new AirPods and a larger 8.5-inch iPad mini in 2021.

I can only hope to one day reach this level of zen-like vagueness in my online presence.
Score: 43 Votes (Like | Disagree)

JetLaw
It seems absurd to me that Apple would unveil a new industrial design for the Intel-based iMac. They would almost certainly reserve the new design for the first Apple Silicon-based machine.
Score: 28 Votes (Like | Disagree)

There is an ARM Mac, it’s called the DTF Mac Mini, you can buy one from Apple. They let you own it temporarily.

I think you're thinking of the DTK, developer transition kit. The DTF Mac Mini is a much different machine.
Score: 11 Votes (Like | Disagree)

Can not remember ever that Apple has introduced hardware at the WWDC a software only event...

I would check your sources
Score: 8 Votes (Like | Disagree)

DesertNomad
Can we please get a 5K Thunderbolt Display that does not cost $6K?
Score: 6 Votes (Like | Disagree)