In this week's App Recap, we've highlighted productivity app "Magnet," utility app "Parcel," and graphic app "Unfold" as three apps that are worth checking out. We've also compiled a list of apps that received major updates this week. 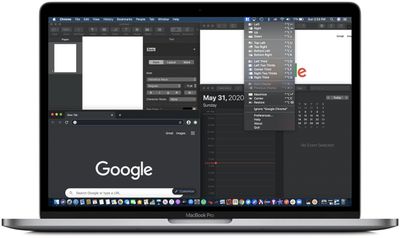 Not quite ready to send that Tweet? Now on https://t.co/fuPJa36kt0 you can save it as a draft or schedule it to send at a specific time –– all from the Tweet composer! pic.twitter.com/d89ESgVZal — Twitter Support (@TwitterSupport) May 28, 2020

0:00 We heard you and added Video Chapters.
0:30 You liked it.
1:00 Now it's official: Video Chapters are here to stay.
1:30 Creators, try Chapters by adding timestamps starting at 0:00 to your video description. Viewers, scrub to find exactly what you’re looking for.
2:00 Enjoy! pic.twitter.com/bIHGsGVmyW — YouTube (@YouTube) May 28, 2020

i have deliveries for all platforms and have had it for years. It’s amazing.my favorite app.sounds weird, but it works like apps should: if you‘ce just ordered from amazon, for example and still on the orders page, just go to share sheet and choose deliveries. It gets added just like that. And each delivery is added in the color scheme of the source. amaon orders are beige and brown, fedex are purple, UPS are brown etc. you get maps to track orders, etc. like I said, apps — especially utility apps — should both ape and enhance theresl world way of doing things.
Score: 2 Votes (Like | Disagree)

SkyRom
Magnet is an amazing productivity app. It's the only behind-the-scenes app I use more than Skitch, which I find more efficient than the built-in grabber from Apple sadly. Sadly because... both of these insanely basic features (resizing/moving windows and taking snapshots of the screen) should have OS level perfect versions from Mac/Windows, but don't.

Check out another incredible (and cheap) app from the Magnet people called Dynamo. Dynamo lets you use keyboard shortcuts S-D-F (S = slower, D = reset to 1x, F = faster) to scrub through video in 0.1 second increments from 0.1 all the way to 10.0. It's a great way to power through YouTube/Podcasts or a boring speaker when you really need 1.3-1.7x speed and I would literally pay $20+ if they had an iPhone/Apple TV version someday. I don't use it often for entertainment but I think it even works in Netflix/Hulu/TV.

Disclaimers: I know HTML5 YouTube and several Apple apps offer 0.25x increments but there's something amazing about being able to finetune 0.1 increments with keyboard shortcuts. I'm not affiliated with the Magnet peeps, though I appreciate their work.
Score: 1 Votes (Like | Disagree)

Neirin
Matlab had been running insanely slowly on my computer for almost a year. I even uninstalled it and reinstalled it a few times with no success. Recently found out that Magnet was causing the problem. I don't think I can ever forgive Magnet for the hassle it caused me...
Score: 1 Votes (Like | Disagree)

4jasontv
Magnet is wonderful, even on smaller displays. It's function should be SuperClock!ed.

The YouTube update is the strangest. Let's call it what it is: creator poison. Add it and you decrease total viewtime and make it even easier to skip sponsors. How about givings viewers the option to watch 3 ads before the episode or broken up over the course of it. And get rid of the 10 min length to have control over ad placement. There are so so so many you tube videos that are 10:03 long with 7 min of content because they have to reach the arbitrary 10 min mark.
Score: 1 Votes (Like | Disagree)
Read All Comments