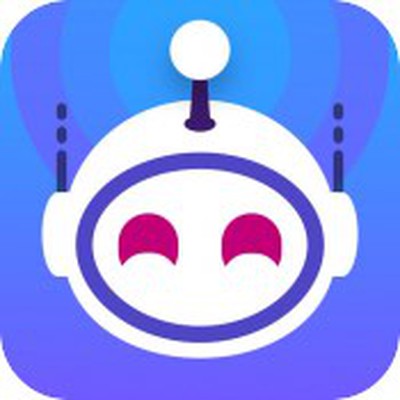 The latest update focuses on improving the viewing of media. For example GIFs can now be paused and videos play inline with the feed, so users no longer have to tap them in order to see what's going on at a glance.

Users can also save and share GIFs, while sharing in general has been streamlined and improved within the app. For example, sharing the video file for Reddit videos now automatically merges the video and audio stream.

In addition, users can now share a comment or a post as an image by tapping Share as Image, which will stitch together as many screens as necessary. The option also supports sharing image posts, which is useful for posts that would benefit from having the title merged with the image for context.

Elsewhere, there are five new app icons to check out, bug fixes, improvements to viewing comments, and more.

Apollo is available for iPhone and iPad on the App Store [Direct Link] as a free download without ads, with optional in-app purchases available to unlock enhanced features such as multiple accounts, gestures, Touch ID or Face ID authentication, and GIF scrubbing.

ChristianSelig
Thank you for all the kind words everyone. ? Really glad you like the update, 1.9 and 2.0 (big ol iPad update) have some really awesome stuff planned too, can't wait to show ya.

As others mentioned this is one I wish I could give out for free, but the "push" in "push notifications" comes from the fact it's "pushed" from an external server. Running a server has expensive, ongoing monthly costs and being just one guy and not a billion dollar company I can't just eat those costs and give it out for free or a low fee when it costs me quite a bit, I don't want to jeopardize the future of the app with a poor financial decision. The venerable Scott Forstall discussed the system here for those curious and how it operates on an external server rather than the device to preserve device battery life:

This is a great, great app, my favorite Reddit client. However, I guess that because it is coded and tested by just one man, there are still annoying bugs. This latest version introduced a lot of new features which are awesome, don’t get me wrong, and currently it is the most complete Reddit client, BUT I would really appreciate a major release (1.9 for instance) focused on fixing bugs and glitches.

For instance, getting the notifications for some comments and replies fails sometimes. And if you go to the inbox, and you scroll down, some DMs will appear and disappear each time. Inbox is glitchy and I’ve seen the people who post about it don’t get an answer.

However, if you don’t mind not getting notified instantly sometimes (because this bug happens just occasionally), this is by far the best Reddit client. And when the version 2.0 brings it to the iPad it will get even better!!!

Noted these down, thank you! I've had some reports of these so and I'm working to fix these for the next update. I appreciate you. :D
Score: 37 Votes (Like | Disagree)

I paid just once for ultra ultimate or whatever and got notifications. I’m not paying any regular subscription fee.
Score: 20 Votes (Like | Disagree)

chris4565
This is one of my fave apps ever. It's miles ahead of the official Reddit app in my opinion and the fact that there's only 1 dev behind this project makes it even more impressive.
Score: 16 Votes (Like | Disagree)

Paradoxally
Miles ahead of any other Reddit app on iOS and the dev actually provides changelogs! Big corps take note.
Score: 14 Votes (Like | Disagree)

Sykora171
Hands DOWN the best iOS Reddit app. The entire app is designed and maintained by ONE guy! I paid the one time fee to get Ultra to support him and get some bonus features.
Score: 6 Votes (Like | Disagree)
Read All Comments

Saturday July 4, 2020 9:44 pm PDT by MacRumors Staff
iPhone 12 dummy models based on leaked schematics have been starting to circulate online and in online marketplaces. Not happy with the circulating size comparisons between the rumored 5.4" iPhone 12 and the original iPhone SE models, MacRumors forum user iZac took matters into his own hands and purchased his own 5.4" dummy model to provide more detailed size comparisons between the original...
Read Full Article • 180 comments

Monday July 6, 2020 7:53 am PDT by Mitchel Broussard
Tom Hanks' WWII drama "Greyhound" is set to premiere on Apple TV+ this Friday, July 10, and ahead of that debut the actor gave an interview with The Guardian discussing the film. "Greyhound" was originally planned to see a theatrical release this summer, and was repeatedly delayed in the wake of the ongoing Covid-19 pandemic. Apple won the streaming rights to the film, and in the new...
Read Full Article • 194 comments

Monday July 6, 2020 6:55 am PDT by Eric Slivka
Amid rumors and hints of a forthcoming update for the iMac, supplies of Apple's current 27-inch iMac continue to dwindle with mid- and high-end stock configurations now seeing shipping estimates pushed back into September. The 27-inch iMac has seen tight supplies and extended shipping estimates for months now, but the situation has been gradually worsening to the point where new buyers can...
Read Full Article • 85 comments

Monday July 6, 2020 2:04 pm PDT by Juli Clover
Ahead of the launch of new iPhones we often see dummy models created based on leaked schematics and specifications, with those models designed to let case makers create cases for the new devices ahead of their release. We got our hands on a set of dummy models that represent the iPhone 12 lineup, giving us our first close look at the iPhone 4-style design and the different size options. Subscri ...
Read Full Article • 104 comments

Friday July 3, 2020 1:08 pm PDT by Juli Clover
iOS 14 introduces a feature that alerts users when apps access their clipboards, and tons of apps have been caught clipboard snooping. LinkedIn is one of the iOS apps that has been reading user clipboards, and iPhone owners have complained that the app copies the contents of the clipboard with every keystroke. LinkedIn is copying the contents of my clipboard every keystroke. IOS 14 allows ...
Read Full Article • 140 comments