Global smartphone production could see a record fall of up to 16.5 percent in the second quarter of this year, according to the latest research by TrendForce. 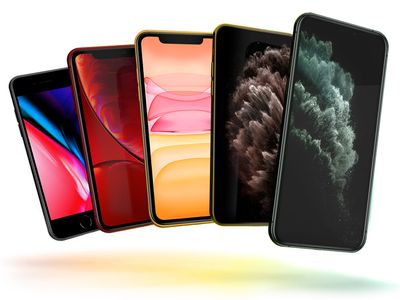 Global production for 2Q20 is now estimated to register another YoY drop of 16.5% to 287 million units, the largest decline on record for a given quarter. TrendForce forecasts total yearly production volume of 1.24 billion units, an 11.3% decrease YoY.

Worldwide smartphone production for the first quarter reportedly fell by 10 percent year on year to around 280 million units, the lowest in five years, due to disruptions across the supply chain caused by the global health crisis.

Prior to the crisis, TrendForce had expected Apple to once again reach yearly production of 200 million units, owing to the release of the new iPhone SE, four new models in the fall, and the phasing out of the popular iPhone 6s series by the seasonal smartphone replacement cycle.

However, ‌iPhone‌ production fell by 8.7 percent year on year in the first quarter, reaching 37.9 million units, due to labor and material shortages following the post-Lunar New Year work resumption, which saw Apple ranked in third place in the global market.

Apple's recent launch of the low-priced ‌iPhone SE‌ is expected to see it stay relatively close to 1Q 2020 figures, reaching 36 million units. The higher price of Apple's next-generation flagship iPhones is said to be an ongoing concern, however, given that Apple's main smartphone sales are in Europe and the U.S., both of which are still grappling with the health crisis.

But doesn't this prediction come around every year? Granted we're in the middle of a pandemic and there's record unemployment right now, but people will be staying home and will want to stay connected. Depending on the features of the upcoming iPhones, and how they're marketed, I could see many people getting them (especially with the push to 5G).

Usually when people get unemployed they spend nothing that doesn't have to be spent. So the ones that buy an iPhone are the ones whose phone got stolen or damaged or stopped working. If I don't know when the next pay cheque comes, an old iPhone 6 works just fine.
Score: 3 Votes (Like | Disagree)

CarpalMac
May? I'll go wild and predict "Will".
Score: 2 Votes (Like | Disagree)

Usually when people get unemployed they spend nothing that doesn't have to be spent. So the ones that buy an iPhone are the ones whose phone got stolen or damaged or stopped working. If I don't know when the next pay cheque comes, an old iPhone 6 works just fine.

An iPhone can easily last 4-5 years (and is fully supported as long by Apple), so unless someone's phone is on its last legs, folks that are unemployed and are struggling to put food on the table for themselves and their family aren't considering buying the latest smartphone tech.

The recession is barely upon us yet. We've only seen the tip of the iceberg of the amount of folks that will be furloughed, unemployed, or working with a reduced salary. As that situation continues to worsen, the % of the population impacted negatively economically from COVID-19 will dwarf any % reduction of smartphone production.
Score: 1 Votes (Like | Disagree)
Read All Comments