LG today announced pricing and availability for its 2020 NanoCell TVs with AirPlay 2 and HomeKit support in the United States. 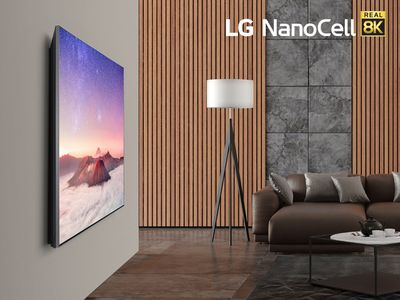 AirPlay 2 will enable users to stream videos, music, podcasts, and more directly from an iPhone, iPad, or Mac to a compatible LG smart TV, with no Apple TV necessary. And with HomeKit support, users can easily control the TV's power, volume, source, and more using Siri or the Home app on iPhone, iPad, and Mac.

Last week, in a support document, LG indicated that it would roll out AirPlay 2 and HomeKit support to some of its 2018 smart TVs by October 2020. However, since our report, LG has removed all mentions of this.

wtf is a nanocell?

Rychiar
wtf is a nanocell?
Score: 29 Votes (Like | Disagree)

Freida
No point to have 8K now. And by the time its needed those tvs will be super cheap. So yeah, this is just an exercise
Score: 10 Votes (Like | Disagree)

thejadedmonkey
How is LG when it comes to data collection of its smart TVs? Can you disable the smarts (mic, watching habbits, data collection, etc), but keep the HomeKit/Airplay integration?
Score: 6 Votes (Like | Disagree)
Read All Comments