More than two years ago, Apple informed the FBI that it planned to roll out end-to-end encryption for iCloud backups, according to Reuters. Apple ultimately dropped the plan at some point after the FBI objected, although the report notes that it is unclear if the federal agency was a factor in the decision. 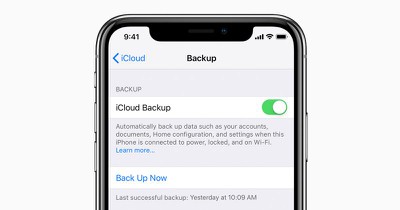 A former Apple employee told Reuters that the company did not want to risk scrutiny from public officials for potentially protecting criminals, being sued for making previously accessible data out of reach of government agencies, or the move encouraging new legislation against encryption.

"They decided they weren't going to poke the bear anymore," the person said, after Apple's legal battle with the FBI in 2016 over unlocking an iPhone used by a shooter in the San Bernardino, California attack. In that case, the FBI ultimately found an alternative method of unlocking the iPhone.

Apple faces a similar standoff with the FBI over refusing to unlock two passcode-protected iPhones that investigators believe were owned by Mohammed Saeed Alshamrani, the suspect of a mass shooting at a Naval Air Station in Florida last month. Apple said it has provided the FBI with all data in its possession.

Apple has taken a hard line on refusing to create a backdoor into iOS that would allow the FBI to unlock password-protected iPhones to assist in their investigations, but it does provide data backed up to iCloud to authorities when lawfully requested, as outlined in its semiannual Transparency Reports.

I can’t see Apple doing this, they have strong principles with privacy. I won’t believe it unless Apple sends a message to the public which will be a sad day for Apple if this is true

The article says they’ve already done it. I’m not sure what you’re talking about.

But the real people to blame I think is the FBI. Apple has done a decent job pushing back against them.

Apparently the FBI isn’t worried about that though. They could care less the safety of my data.
Score: 25 Votes (Like | Disagree)

Stridr69
Dear Apple Customer,
We, here at Apple, have decided to NOT encrypt iCloud backups. Due to the fact we can't trust you to use your iPhone in a lawful manner we have no choice but to allow ANY law enforcement agency to have access to YOUR backups whenever they say pretty please.
Have a nice day!
Tim
Score: 24 Votes (Like | Disagree)

In public Tim Cook touts Apple's dedication to user privacy and security. In private Apple leaves a backdoor to users' backups that allows them to share thousands of backups with law enforcement.

In public Tim Cook rails against firms like Google that harvest users' privacy by monetizing their information. In private Apple has a secret agreement with Google that pays them $9B/year to enable that very business model by making Google the default search engine on iPhones.

the pattern I see is that forum posters often render opinions based on logical fallacies applied to incorrect facts and unwarranted assumptions.
Score: 16 Votes (Like | Disagree)

And it’s true that most people shouldn’t have to worry if their info gets handed over to law enforcement. Most people don’t have anything to hide, But I’m not worried about the FBI finding anything out about me.

I don't think anyone of sound mind would just be casually fine with all of their info being handed over to the FBI. What an absurd statement of complacency.
Score: 15 Votes (Like | Disagree)

foobarbaz
So, criminals will just not use iCloud backup and be safe. Regular citizens will use it and be subject to government or system administrator overreach …

What happened to backdoors make it unsafe for everyone? Why wouldn't that apply to backups?
Score: 15 Votes (Like | Disagree)
Read All Comments

Tuesday July 7, 2020 11:38 am PDT by Juli Clover
Apple today released the second beta of iOS 14 to developers for testing purposes, tweaking and refining some of the features that are coming in the update. Below, we've rounded up all of the changes that we found in the second beta. - Calendar icon - There's a new Calendar app icon in iOS 14 beta 2, with the day of the week abbreviated rather than spelled out. - Clock icon - The clock...
Read Full Article • 109 comments

Friday July 3, 2020 10:13 am PDT by Eric Slivka
Amid multiple reports that Apple will no longer include a power adapter in its iPhone boxes starting with the iPhone 12 later this year, it appears Apple is surveying recent iPhone buyers to ask about what they've done with the power adapters that came with their previous iPhones. Screenshot via Twitter user @bedabb_ Apple's surveys typically cover numerous aspects of its products, but...
Read Full Article • 347 comments

Tuesday July 7, 2020 4:00 am PDT by Tim Hardwick
macOS 11 Big Sur is the next major release of Apple's operating system for Mac, and following its preview at WWDC, one of the biggest discussions has revolved around the all-new user interface redesign. Developers are still learning what the impact the new UI will have on their apps, and with that in mind, app designer Andrew Denty has compiled an extensive visual comparison of the user...
Read Full Article • 141 comments

Saturday July 4, 2020 6:00 am PDT by MacRumors Staff
With WWDC now behind us, our attention this week largely turned back to rumors, led by increasing claims that Apple controversially won't be including a power adapter in the box with the iPhone 12. We also saw a few other iPhone 12 rumors, signs of an upcoming iMac update, and some more information on timing of updates for Apple's smaller iPads. The other big topic this week was Apple's...
Read Full Article • 38 comments

Tuesday July 7, 2020 6:40 am PDT by Mitchel Broussard
Logitech today announced a new mouse and keyboard built for Macs, called the Logitech MX Master 3 and Logitech MX Keys for Mac. These new accessories are updates that have been optimized specifically for Apple's MacBook and iMac computers. The Logitech MX Keys for Mac ($99.99) supports a tactile keyboard with smart backlighting that automatically adjusts to ambient lighting conditions. It...
Read Full Article • 105 comments