Microsoft today announced the first stable launch of its Edge browser built on the Google Chromium open source project. Microsoft Edge can be downloaded on both Windows machines and Macs.

A beta version of the Microsoft Edge browser has been available for several months ahead of the official, stable launch. 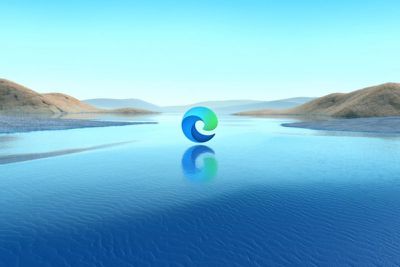 Microsoft's aim with the Edge browser is to provide better web compatibility with improved performance for customers while also making sure there's less fragmentation of the web for developers.

Edge for Mac has been designed to be similar to the Edge experience on Windows, but Microsoft has added optimizations to make it feel more Mac-like. Extensions can be added from the Microsoft Addons store or other Chromium-based web stores like the Chrome Web Store.

The browser includes tracking prevention (enabled by default), customization options, built-in search capabilities with Bing, an Internet Explorer mode for viewing older web pages, and a new wave-style logo that replaces the traditional "e" that past Microsoft browsers have used.

For Mac users who plan to use Edge, the browser is available cross platform and can be downloaded on Mac, Windows, and iOS devices with the Edge iOS app.

Microsoft is planning regular updates for the Edge browser, with Canary, Dev, and Beta updates on a daily, weekly, and multi-week basis. The next stable version of Edge will see an update sometime in February.

Akrapovic
Everyone is going to jump on this and say it's terrible because it's Microsoft and because Edge (and IE) are terrible. But this is actually good - really good. It's all the benefits of Chrome, but without the Google having your data worries.

If you want to go further down the 'Chrome but privacy' route, then Brave browser takes it a step further. That's Chromium but with a big privacy focus. I've been using it recently (coupled with DuckDuckGo) and it's really good.

When I moved to macOS from Windows about 3 months ago, Safari was my biggest disappointment. Edge and Brave are really good replacements.
Score: 41 Votes (Like | Disagree)

Who in their RIGHT mind would ever install a Micro$oft product on their Apple product? Crashes. Hacking vulnerabilities. You name it. To quote Linus Torvalds many years ago, windows is NOT the answer. Windows is the question. NO is the answer. I would not give it a femtosecond of thought.

Just FYI, this uses Webkit. Same rendering engine as Safari. And it's based on Chromium, which is what Chrome and Brave are built on. It's also open source. So if you're worried about hacking and security issues then you're in for a surprise with the products you currently use.

The Linus quote is so long ago it pre-dates a few CEO changes. Steve Jobs also said that if you see a stylus they blew it. But we don't whip that one out on Apple forums. Almost like circumstances change.
Score: 27 Votes (Like | Disagree)

Not really. Just because they are using an open source engine made by Google, their consumer privacy is on a very different level than Googles.
Score: 23 Votes (Like | Disagree)
Read All Comments