Yesterday, in a research note shared with MacRumors, analyst Ming-Chi Kuo said that Apple is planning four to six products with mini-LED displays over the next two to three years, including a 12.9-inch iPad Pro with an A14X chip in the third quarter of 2020 and a refreshed 16-inch MacBook Pro in the fourth quarter of 2020.

Kuo said LG Display and Taiwanese manufacturer GIS will be the most significant benefactors of these mini-LED products starting next year. 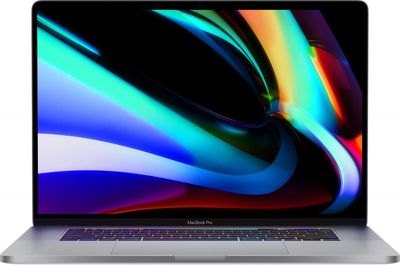 Now, those mini-LED plans have been backed by two Taiwanese publications in DigiTimes and the Economic Daily News, with both outlets also reporting that GIS will be a key supplier of mini-LED-related components.

"Apple will introduce a 12.9-inch iPad Pro series featuring mini-LED backlit displays in 2020, with related suppliers set to kick off shipments in the third quarter, according to industry sources," reports DigiTimes, which in a separate report added that Apple also plans to release a new MacBook with a mini-LED display next year.

Likewise, the Economic Daily News reported that Apple will tap GIS for mini-LED display module assembly for an upcoming iPad.

iPads and MacBooks currently use LCDs.

Why mini LED? Why can’t they give us an OLED screen?

Because they want to get away from ordering Samsungs (competitor) OLED panels + OLED's have screen burn-in issues. Mini-Led is between OLED and Micro-Led, its immune to Burn-in and has closest screen quality to OLED. Next Gen Smarphones will have Micro-Led's but in a couple of years...
Score: 7 Votes (Like | Disagree)

Why mini LED? Why can’t they give us an OLED screen?

Static content on an OLED display is not a good idea.

Wish Microled was around the corner, will probably take another decade.
Score: 5 Votes (Like | Disagree)

Rychiar
How bout a micro-LED watch?
Score: 5 Votes (Like | Disagree)

Because they want to get away from ordering Samsungs (competitor) OLED panels + OLED's have screen burn-in issues. Mini-Led is between OLED and Micro-Led, its immune to Burn-in and has closest screen quality to OLED. Next Gen Smarphones will have Micro-Led's but in a couple of years...

While it's true that Apple probably wants to reduce it reliance on Samsung for OLED panels, this has nothing to do with that. Apple get's OLED panels from Samsung for iPhones. This is a rumor about iPads and MBP's which do no use OLED panels at all.

Also if Apple went with OLED panels in iPads and MBP's, they'd most likely come from LG, not Samsung. Samsung specializes in small panels. LG specializes in larger panels. Pretty much any OLED panel for a TV (Sony for example) or monitor comes from LG. Afaik, Samsung abandoned large panel OLED manufacturing.

As you mentioned, MiniLED has a lot of the benefits of OLED without the downside of burn in. It is an acceptable stopgap until MicroLED is commercially viable at a large scale.
Score: 4 Votes (Like | Disagree)

I think the burn in complaint is overblown. There are many devices using OLED and there is not a huge problem that I can see.

I’ve seen a lot of burned OLED displays on the earlier smartphones with such technology, but I haven’t seen an iPhone X with those issues so far. Not a single one. Maybe it’s a better technology, or maybe is soon for that.

What I do see on the new iPhone 11 pro lineup is a green shadow when viewing it from an angle.
Score: 1 Votes (Like | Disagree)

whitedragon101
What about the 11” iPad pro ?
Score: 1 Votes (Like | Disagree)
Read All Comments

Thursday January 27, 2022 12:08 pm PST by Juli Clover
Apple today seeded the first betas of iOS 15.4, iPadOS 15.4 to developers for testing purposes, adding a slew of new features to the latest iOS operating systems. iOS 15.4 is the biggest update that we've had to iOS 15 to date, and it brings Universal Control, Face ID with a mask, new emojis, and tons more. Face ID With a Mask With iOS 15.4, there is now an option to unlock your iPhone...
Read Full Article • 82 comments