Apple's massive launch week has come to a close, with the iPhone 11, iPhone 11 Pro, iPhone 11 Pro Max, and Apple Watch Series 5 all debuting on Friday. And as if that wasn't enough, Thursday saw the release of iOS 13, watchOS 6, and Apple Arcade on the software side.

Read on below for a recap of this week's biggest stories about these launches and more!

Friday was the big launch day for the iPhone 11, iPhone 11 Pro, and iPhone 11 Pro Max, and we went hands-on with a couple of the new devices to share a few early impressions. Also make sure to check out our roundup of early media reviews. 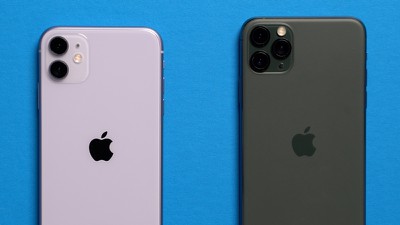 Customers around the world lined up at Apple retail stores or waited patiently for deliveries to get their hands on Apple's latest devices.

In addition to the new iPhones, Apple's latest Apple Watch launched this week, and based on early media reviews, most people are happy with the long-awaited always-on display, but little else is new with the latest models.

Other features include a new built-in compass, an expanded 32GB of internal storage, international emergency calling on cellular models, and new ceramic and lighter-weight titanium finishes.

Be aware that Apple Watch bands with magnets like the Milanese Loop may cause interference with the new compass.

Apple this week widely released iOS 13 for all compatible iPhone and iPod touch devices. Update now by going to Settings > General > Software Update and then be sure to watch our video walkthrough of all the best new features and improvements now available. And if you want to cut right to the chase, check out our video sharing eight tips on what to try out and set up first after you upgrade.

watchOS 6 has also been widely released, bringing a dedicated App Store and more to the Apple Watch Series 3 and newer. The update will be available for Series 1 and Series 2 models later this fall.

Looking ahead, Apple has revised the release date of iOS 13.1 and iPadOS to Tuesday, September 24. In the meantime, Apple has seeded the fourth beta of iOS 13.1 to developers for testing, including builds for the new iPhone 11, iPhone 11 Pro, and iPhone 11 Pro Max.

Coinciding with the release of iOS 13, Apple's subscription-based gaming service Apple Arcade is also now widely available in over 150 countries.

In the United States, pricing is set at $4.99 per month, with a one-month free trial available. With Family Sharing, a family of up to six members can access Apple Arcade with a single subscription.

Apple Arcade launched with access to dozens of games and more being added nearly every day, with no ads or in-app purchases. In addition to iOS, the service will be made available on macOS and tvOS within the coming weeks. Read our Apple Arcade guide for more details.

In line with the iPhone 11 Pro models, rumors suggest Apple may extend a triple-lens rear camera system to the iPad Pro soon.

This week, we got our first look at what is said to be the "final design" of the triple-lens camera system coming to the iPad Pro, courtesy of a dummy model shared on leaker Sonny Dickson's website.

The triple-lens iPad Pro is rumored to launch in October, but a separate report claims that an iPad Pro with a 3D sensing rear camera will be released in March 2020, so there is some confusion right now surrounding timing.

Sunday June 28, 2020 7:56 am PDT by Joe Rossignol
iPhone 12 models will not include EarPods or a power adapter in the box, analyst Ming-Chi Kuo said today in a research note obtained by MacRumors. This lines up with a prediction shared by analysts at Barclays earlier this week. Kuo said that Apple will instead release a new 20W power adapter as an optional accessory for iPhones and end production of its existing 5W and 18W power adapters...
Read Full Article • 852 comments

Monday June 29, 2020 7:48 am PDT by Joe Rossignol
While the terms and conditions for Apple's new "Developer Transition Kit" forbid developers from running benchmarks on the modified Mac mini with an A12Z chip, it appears that results are beginning to surface anyhow. Image Credit: Radek Pietruszewski Geekbench results uploaded so far suggest that the A12Z-based Mac mini has average single-core and multi-core scores of 811 and 2,781...
Read Full Article • 399 comments

Monday June 29, 2020 10:31 am PDT by Juli Clover
Apple's Developer Transition Kit equipped with an A12Z iPad Pro chip began arriving in the hands of developers this morning to help them get their apps ready for Macs running Apple Silicon, and though forbidden, the first thing some developers did was benchmark the machine. Multiple Geekbench results have indicated that the Developer Transition Kit, which is a Mac mini with an iPad Pro chip, ...
Read Full Article • 207 comments

Monday June 29, 2020 5:43 am PDT by Joe Rossignol
As part of WWDC last week, Apple announced that it will be switching to its own custom-designed processors for Macs starting later this year. As part of this transition, the company is allowing developers to apply for a modified Mac mini with an A12Z chip and 16GB of RAM to develop and test their apps on a Mac with Arm-based architecture. As noted on Twitter and in the MacRumors forums, some...
Read Full Article • 162 comments

Monday June 29, 2020 11:17 am PDT by Juli Clover
The New York Times today announced that it is pulling out of Apple News, as the service does not "align with its strategy of building direct relationships with paying readers." Starting today, articles from The New York Times will no longer show up in the Apple News app. The news site says that Apple has given it "little in the way of direct relationships with readers" and "little control...
Read Full Article • 208 comments

Monday June 29, 2020 12:30 pm PDT by Juli Clover
Apple today launched a new Apple Card program and website that are designed to help people who have their Apple Card applications declined improve their credit to qualify, reports TechCrunch. Starting today, declined Apple Card applicants will begin seeing emails that offer the Path to Apple Card program, which is opt-in and can run for four months. It uses the information from the initial...
Read Full Article • 120 comments