Apple Now Planning to Release iOS 13.1 and iPadOS on September 24

Apple will release the upcoming iOS 13.1 update and iPadOS on September 24 instead of September 30 as previously planned, according to updated information on its iOS 13 and iPadOS preview pages.

Following the company's September 10 event, Apple initially said that iOS 13.1 and iPadOS would come on Monday, September 30, but the updates will now be just under a week earlier. 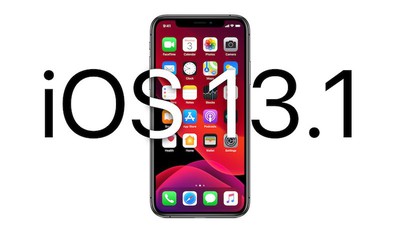 The earlier release of iPadOS will allow iPad users to get iOS 13 features on their iPads quicker, with access to Apple Arcade, Dark Mode, and more, while the iOS 13.1 release will bring missing iOS 13 features like Shortcuts Automations and Share ETA.

Apple hasn't made it clear if there will be an iPadOS 13 release, but given that the update is coming on the same day as iOS 13.1, the first version of iPadOS may be iPadOS 13.1.

It’s because it’s pretty much unusable...

It's pretty much quite usable for most. If it really wasn't there wouldn't be much of a point to even release it.
Score: 10 Votes (Like | Disagree)

TheSkywalker77
After pestering my friends to update to iOS 13 I’m excited to see their reactions when they need to update again in about 5 days.
Score: 9 Votes (Like | Disagree)

Bustycat
This should be unbelievable for Android users.o_O
Score: 6 Votes (Like | Disagree)

Then your probably not using the mail app, because that's plain broken and other than that I suggest you check the IOS 13 subsection of this site to see all the kind of problems people here are noticing.

The email app is not "plain broken" for everyone.
Score: 5 Votes (Like | Disagree)

gigapocket1
Might as well just have released iOS 13.1 from the jump
Score: 5 Votes (Like | Disagree)
Read All Comments