At least one case maker is expecting Apple Pencil support for the upcoming 2019 iPhones, despite no solid rumors suggesting the new devices will work with the ‌Apple Pencil‌.

Case site Mobile Fun is, as of this morning, stocking an "iPhone 11 Pro" case from Olixar with a built-in mini ‌Apple Pencil‌ holder. The case maker seems to believe Apple is designing a smaller version of the ‌Apple Pencil‌ that will work with at least the larger 6.5-inch ‌iPhone‌ XS Max successor. The case in question is a rendering, not a real case, and it therefore doesn't offer concrete evidence that Apple is planning to introduce ‌Apple Pencil‌ support for the 2019 ‌iPhone‌ lineup. It's not even clear if Olixar has actually manufactured these cases, especially because the ‌Apple Pencil‌ sleeve on the back doesn't look functional. From the accessory's description:

Crafted from premium genuine leather, this exquisite grey case from Olixar for the iPhone 11 Pro provides stunning style and prestigious protection for your phone in a slim and sleek package, with the added convenience of an Apple Pencil sleeve.

There have been some rumors and analyst predictions hinting at ‌Apple Pencil‌ support, but thus far we've heard nothing from a reliable source.

Were Apple indeed developing a miniature version of the ‌Apple Pencil‌ that works with the 2019 ‌iPhone‌, it's likely we would have heard more about it by this point given the detailed rumors we've heard about other aspects of the 2019 ‌iPhone‌ lineup.

That said, Korean site The Investor said in 2017 that Apple would introduce ‌Apple Pencil‌ support for ‌iPhone‌ as soon as 2019, and recently, Citi Research listed the Apple Pencil as one prospective feature for the new devices.

Many times, early case designs for upcoming iPhones are accurate because there's a lot of money in being first to design a case for a new device, but in this situation, Olixar may just be aiming to draw eyes to its brand name using a case rendering for a feature that's interesting, but likely not coming.

For details on all of the features we do expect in the 2019 ‌iPhone‌ lineup, such as triple-lens cameras, bilateral wireless charging, larger batteries, and more, make sure to check out our 2019 iPhone roundup. 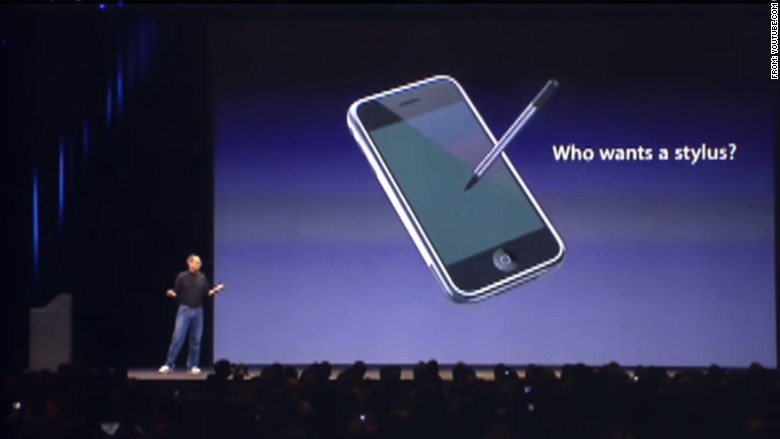 So it’s a stylus then... the one thing Jobs hated, so Apple could do a complete 360 and utterly copy Samsung... what innovation they don’t have.. if this is true.

Wow, we're not even on the second page of comments and already we have a bunch of clueless posts taking a single Steve Jobs quote completely out of context and repeating the same garbage. Rinse & repeat.
Score: 17 Votes (Like | Disagree)

So it’s a stylus then... the one thing Jobs hated, so Apple could do a complete 360 and utterly copy Samsung... what innovation they don’t have.. if this is true.

Apple Pencil is not a stylus. It’s a drawing/writing tool which you don’t need to operate the iPhone or iPad.
Score: 12 Votes (Like | Disagree)
Read All Comments