While it has yet to be announced, we're likely just three weeks away from Apple's annual September event at Steve Jobs Theater, where the company is expected to unveil new iPhone and Apple Watch models. 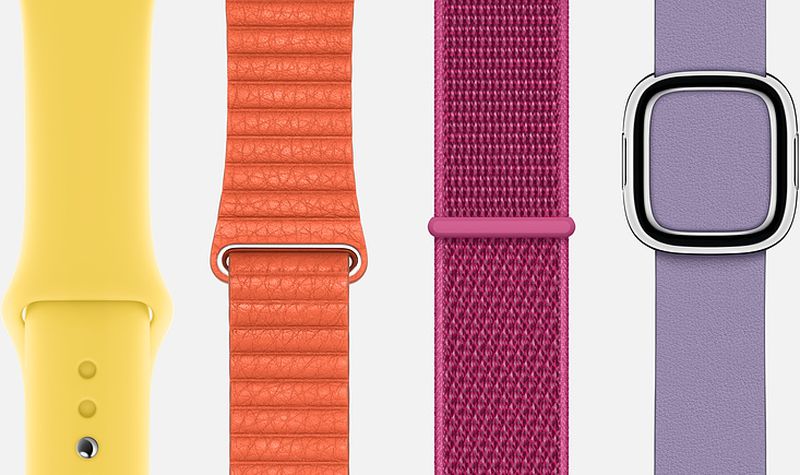 Alongside new ‌Apple Watch‌ models, Apple typically refreshes its assortment of bands available for the device, and this year will likely be no exception. Lending credence to this, a significant number of Apple's summer 2019 bands are now out of stock, as is usually the case leading up to a seasonal band refresh.

‌Apple Watch‌ bands listed as currently unavailable or sold out include the Sport Band, Sport Loop, Modern Buckle, and Leather Loop in a variety of colors and sizes, as well as many Nike and Hermès options.

‌Apple Watch‌ bands have been refreshed with new colors nearly every season, with brighter options like Canary Yellow in the spring and summer and darker shades like Storm Gray in the fall and winter. In fall 2018, Apple introduced three new Sport Band colors, five new Sport Loops, a gold Milanese Loop, and more.

Tuesday, September 10 is the widely predicted date of Apple's event, with invites to the media likely to be issued towards the end of August. MacRumors will have live coverage of the keynote as usual.

In addition, Apple is much _more_ than a computer company today, they’re not expected to be the same company they were 20 years ago.
Rating: 4 Votes

If you only knew how ridiculous that sounds.


So you never personalize anything? Only wear one shirt and one pair of pants? Never buy another shirt because it looks good?

Personally the ability to swap the band to a brown leather strap when I wear a blue shirt to the office makes it an all-around watch. When I get home I can swap for a sports band and go for a run or a black leather band for the black suit and white shirt...

Might be ridiculous to you, but it's the most personal item Apple makes. The ability to make it suit your style is just amazing. Doesn't sound ridiculous at all [USER=1036593]@Relentless Power[/USER]
Rating: 3 Votes

I think the 4 colors pictured are ugly.

Then don’t buy one of them? They have plenty more.
Rating: 2 Votes

Mr. Dee
Still using the same band that came with my Apple Watch 3, no intention of buying another one. They seem to be a popular item to collect though.
Rating: 2 Votes

I’m missing out on money not coming out of my pocket on something that is not adding any value to my life? The Watch is doing what it needs to do.


You’re overthinking it. [USER=545457]@xDKP[/USER] was referring to the band switching/customization is what makes the watch unique. You not spending additional money is your choice, but the point made is the band switching is the best part of making it ‘your own’.
Rating: 2 Votes

atomic.flip
Everyone!!!! Run and buy them as fast as you caaaaan!!!!!
Rating: 2 Votes

Woo can’t wait! Finally getting one. But I want a blue horizon sport band which isn’t available anymore :(


What size do you want. Used mine twice. Still got the box. Interested?
Rating: 1 Votes

Woo can’t wait! Finally getting one. But I want a blue horizon sport band which isn’t available anymore :(

Check the marketplace in the forums here, and/or the /r/AppleBandMarket subreddit ('https://www.reddit.com/r/AppleBandMarket/') . There's a brisk trade in discontinued bands.
Rating: 1 Votes
[ Read All Comments ]